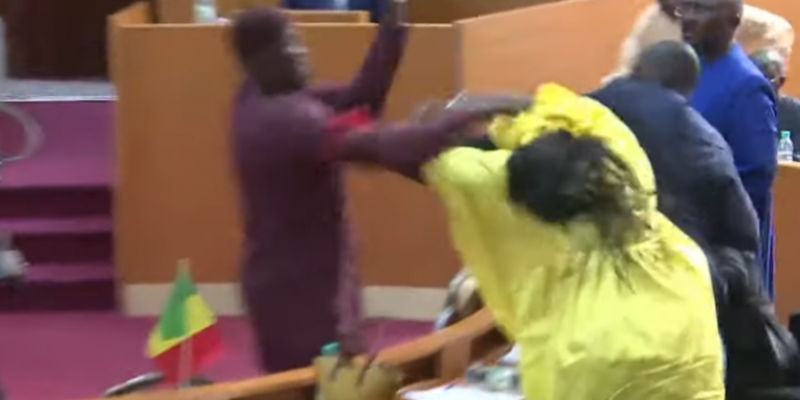 A violent brawl broke out in Senegal's parliament after a male opposition lawmaker punched a female colleague in the face, television footage showed.

Gniby threw a chair at Sambib before another deputy tackled him to the floor. The session was suspended after the politicians exchanged blows, accusations and insults, aljazeera reports.

Meanwhile, tensions have risen between ruling politicians and the opposition since July's legislative elections, in which the ruling party lost its majority amid concerns that incumbent President Macky Sall will seek a third term in 2024.

Sall has refused to make clear whether he plans to run again for a third term, a move the opposition says would be a violation of term limits and a previous promise.

Otherwise, another fight broke out in September when parliament convened for the first time after the election as lawmakers fought over the position of its leader.