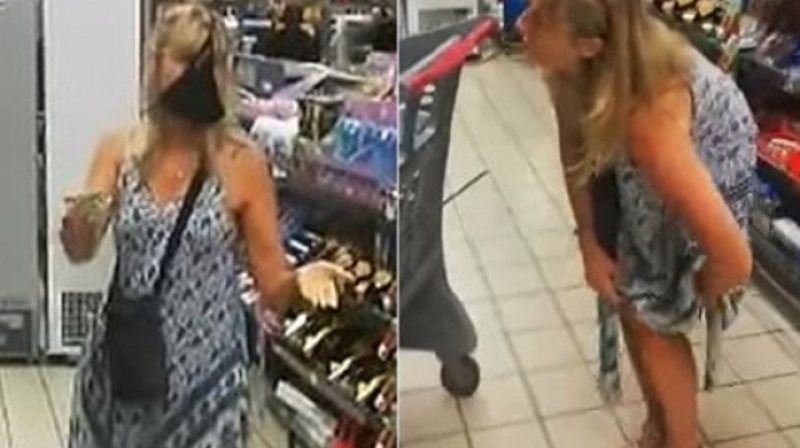 A woman fled without leaving everyone in a supermarket in South Africa. She did not have the mask with her and in front of everyone she removed her underwear and put it on her face.

The woman was filmed in a supermarket in Pick n Pay in South Africa after a security guard asked her to put on a face mask, foreign media write.

She claimed she did not have one, but after the guard threatened to take her out of the supermarket, she leaned over and pulled her underwear under her dress.

Other shoppers stare in amazement as someone shouts, 'What is going on?'