Video/ Tragedy in the 4th of July parade, dramatic footage from the massacre with 6 killed and dozens injured in the USA is published 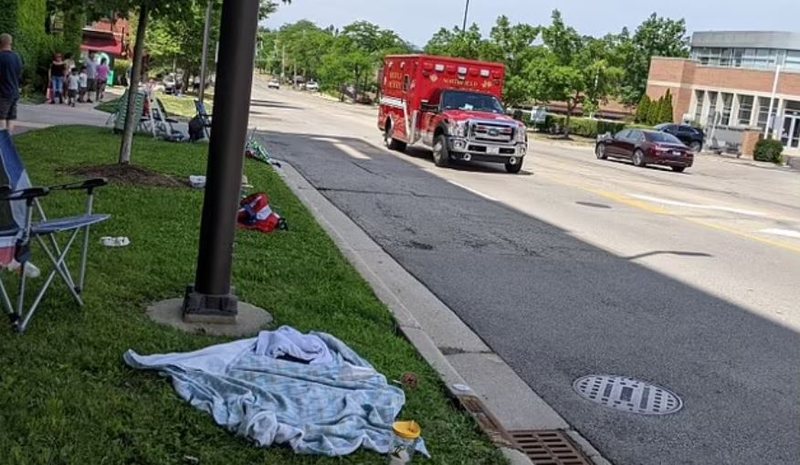 A tragic event happened in the 4th of July parade in the USA where 6 people were killed and dozens more were injured.

Terrified parents are seen clutching their children in strollers to escape bullets flying in all directions during a July 4th parade in Illinois that killed six people and injured dozens more .

Amateur video obtained by the Daily Mail shows the chaotic scene in Highland Park, Illinois, where just 15 minutes after the start of the parade, shots are heard.

The footage was taken with a smartphone from a building, and from the same height, it is suspected that the perpetrator of the attack fired an automatic rifle at the civilians.

Numerous chairs, carts and blankets were left at the site where the parade was being held, as citizens quickly left fearing that they will suffer the same fate as the six others who lost their lives.

The attacker has been identified as Robert E. Crimo, a 22-year-old musician who goes by the stage name Aëake.

Upon arriving at the scene, the police arrested the perpetrator of the attack, who got out of the car holding his hands up.