Strong warning from Britain comes to Russia: Invasion of Ukraine would be a painful, violent and bloody undertaking 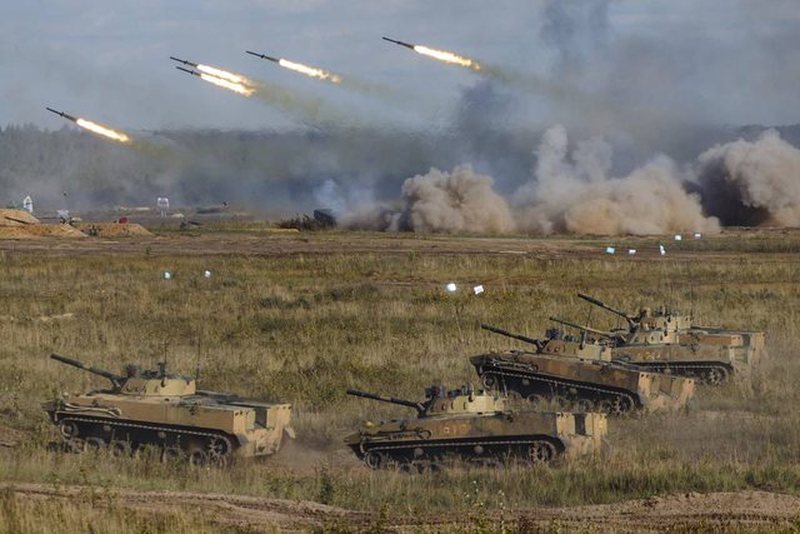 Prime Minister Boris Johnson has warned Russia that invading Ukraine would be "catastrophic" and a "painful, violent and bloody undertaking" for it. Johnson spoke after part of the British embassy staff withdrew from Ukraine, saying the situation was "very bleak", but war was not inevitable.

He said the UK was "leading the way in creating a package of economic sanctions" against Russia and was supplying Ukraine with defensive weapons, while NATO was putting its forces on alert.

He said NATO allies were sending additional ships and fighter jets to Eastern Europe to strengthen defense and increase prevention, in response to the continued concentration of Russian forces.

Russia has denied plans for military occupation, but an estimated 100,000 troops have gathered at the border. The head of NATO has warned of the danger of a new conflict in Europe. The Kremlin has accused NATO of escalating tensions with the move. Russia views the alliance as a threat and is seeking legal guarantees that it will not expand further east, including to Ukraine. But the US has said the conflict arose from Russian aggression and not from NATO enlargement.

"Our intelligence is very clear that there are 60 Russian combat groups on the borders of Ukraine, the plan for a lightning war that can reach as far as Kiev is one that everyone can see. "We have to make it very clear to the Kremlin, to Russia, that this would be a catastrophic step."

Officials said there had been no specific threats to British diplomats, but about half of the staff working in Kiev would return home. The U.S. has ordered relatives of its embassy staff to leave, saying an invasion could come "at any time."