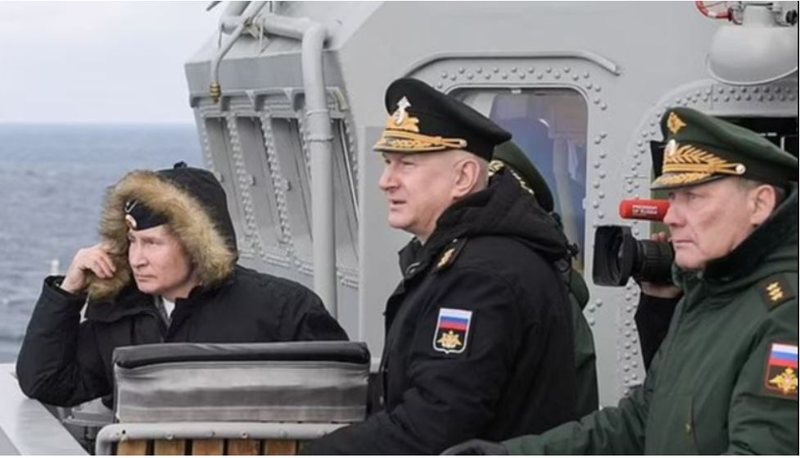 Lieutenant Colonel Nikolai Gorban, 36, was the commander of the FSB's special forces and was killed in Ukraine on August 2. It means Vladimir Putin has lost an elite commander of the Federal Security Service in the war in Ukraine, the 99th senior officer to die during the five-month conflict. The circumstances of Gorban's death have not been released, but he is believed to be the most senior FSB operative killed during the invasion of Ukraine. In the official announcement of his death, it is stated that Gorban "took part in combat activities and special operations in Russia and abroad".

"In the performance of combat duties, he showed himself to be a brave and determined officer. He was proud of his service in the Russian FSB," it said.

The citation also said Gorban, the son of a soldier, had previously fought in Syria and was awarded two medals for bravery. He left behind his wife and three sons. In the second strike, Colonel Vasiliy Kleschenko, the commander of the military air force, was also killed. Kleschenko was the deputy chief of the 344th center for combat training of elite helicopter pilots and snipers. Recent news of the deaths of senior military officials suggests that perhaps Russian leader Vladimir Putin's war plans are not going in the desired direction.

Last week, Russian forces lost Olga "Korsa" Kachura, 52, the first female colonel to die in the war in Ukraine. She was a colonel in the Russian-backed forces of the self-proclaimed Donetsk People's Republic in Ukraine, where she commanded a rocket artillery division. Putin gave her the post-mortem title "Heroine of Russia".

Atomic war closer and closer, Europe starts preparations in case of a nuclear attack by Vladimir Putin, here's what the European Parliament is preparing

"Earthquake" in Russia, this is how Vladimir Putin is putting his right arm under the wheels of the train, he is expected to make the scapegoat for the loss of the Russian army in Ukraine

The "Czar" of Russia turns 70 today! Seven key moments from the life of Vladimir Putin

One of the family members discovered it, which was the pseudonym of Queen Elisabeth II

What do the US and the EU want? Erdogan reveals the latest move with President Putin

Vladimir Putin risks falling from power, here is who will be his successor in Russia

The European Political Community gathers the 44 leaders in Prague, the implementation of the EU plan to create a new order without Russia begins

Chaos in the Russian army, Vladimir Putin is experiencing the biggest blow since the beginning of the war, here are the scenes

Serious/ Gunshots in a hotel, one dead and several injured (Details)