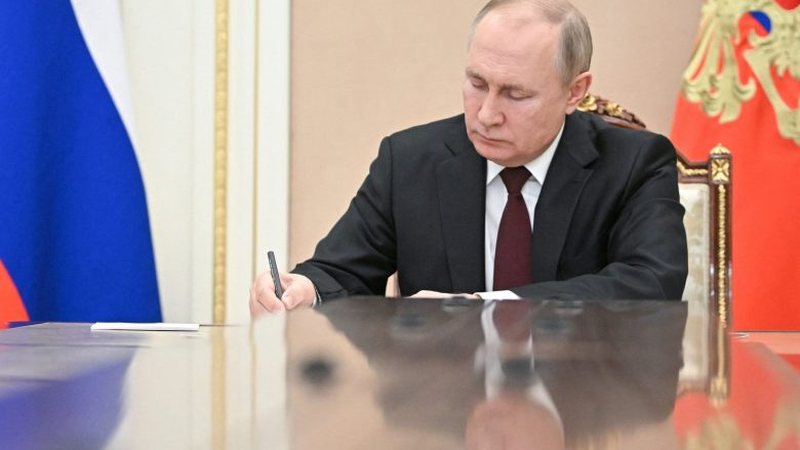 The British Ministry of Defense in its latest update on the situation on the ground in Ukraine, warns that Russian President Putin may formally announce the membership of the occupied regions of Ukraine in the Russian Federation, regions in which a referendum is currently being held.

“President Putin is scheduled to address both houses of the Russian parliament on Friday, September 30.

Find out more about the UK government's response: https://t.co/xG1CgXqeKM

There is a realistic possibility that Putin will use his speech to officially announce the membership of the occupied regions of Ukraine into the Russian Federation. Referendums currently taking place in these territories are scheduled to end on September 27," the British ministry announced.

Tuesday is the last day of voting in the so-called referendums to join the Russian Federation. In four Ukrainian regions, partially occupied by Moscow, for five days in a row, votes are being held for referendums that are being described as fake by Ukraine, the West and the United Nations, because they are illegal under international law.

Voting in the regions of Luhansk, Donetsk, Kherson and Zaporizhzhia is being held as Europe's biggest conflict since World War II unfolds. There are claims by some local officials that voters are being threatened and intimidated.

Is Russia preparing for a major airstrike? The scary footage is published