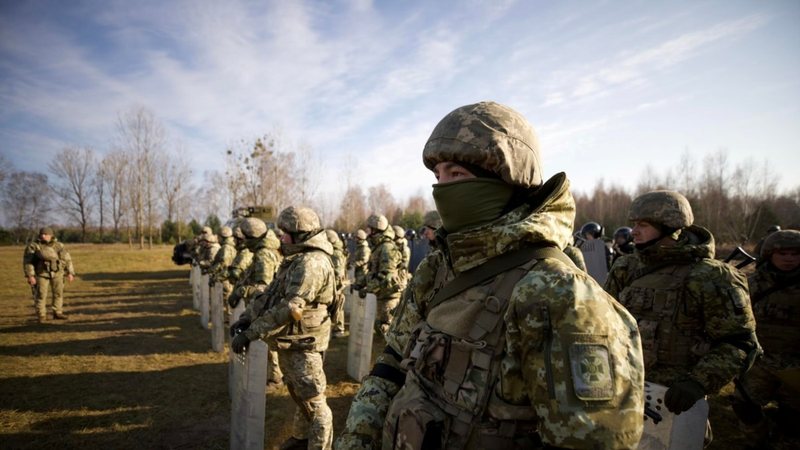 President Joe Biden has said he will make it "extremely difficult" for Russian President Vladimir Putin to take military action in Ukraine, following comments by US intelligence officials about a Russian plan under way, according to which Moscow would launch a possible military offensive against Ukraine in early 2022.

According to an official of the Biden administration, who spoke on condition of anonymity, the Russians are planning to deploy about 175,000 troops and almost half of them have already been deployed along various points near the border with Ukraine.

This comes after Russia has prescribed President Biden a request to guarantee that Ukraine will not be allowed to join NATO.

The official added that the plans envisage the movement of 100 tactical groups of Russian battalions along with armor, artillery and equipment.

Intelligence officials have also seen an increase in Russian propaganda efforts to denigrate Ukraine and NATO ahead of a possible attack.

" We have been aware of Russia's actions for a long time and look forward to having a long discussion with Putin, " said President Biden.

Officials and former US diplomats say that while President Putin is clearly laying the groundwork for a possible attack, Ukraine's military is better armed and better prepared than in previous years, and that sanctions that the West is threatening to impose will caused serious damage to the Russian economy. It remains unclear whether Mr. Putin intends to move forward with what would be a dangerous offensive, they said.

Earlier Friday, Mr Biden vowed to make it "much more difficult" for the Russian president to take military action against Ukraine, and said new initiatives coming from his administration were aimed at deterring Russian aggression.

The Kremlin said Friday that Mr. Putin would seek assurances that NATO would not expand with Ukraine during talks with President Biden. But President Biden said on Friday "that he would not accept a red line from anyone."