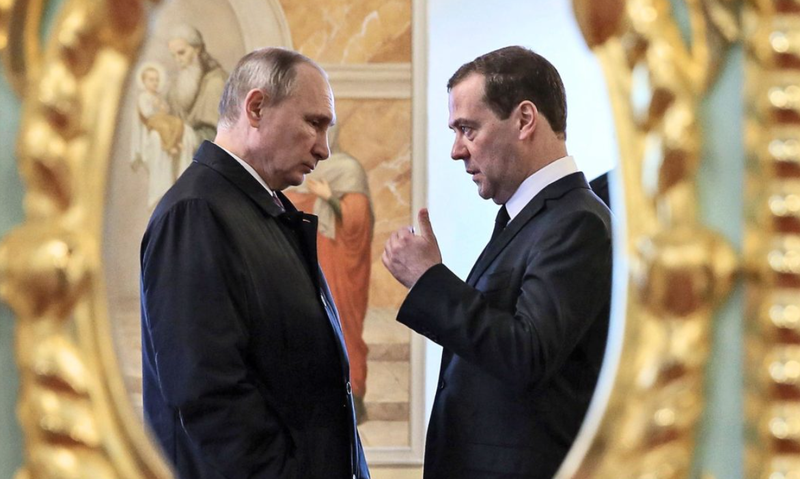 Dmitry Medvedev constantly threatens and produces creepy and disturbing statements on his profile on social networks. Basically, the refrain is always the same: Ukrainians are Nazis. Yes, because this is also the "excuse" that Vladimir Putin and the Kremlin offered to the world when they decided to destroy, tear apart a country. Medvedev, former president of the Russian Federation, recalled the statements of Volodymyr Zelensky, according to which the entire Russian population is responsible for the war against Kiev. "Do you hold the entire Russian population responsible for the special operation? Adolf Hitler was the last person to try to implement such ideas against an entire nation. Are there other questions about the nature of the Ukrainian authorities?" concluded Medvedev contemptuously. In short, according to the super-hawk, Zelensky is like Hitler. This is a very aggressive phrase, one of which Medvedev is quick to mention. We recall the post he quickly deleted, in which the threats were so vile that it prompted his staff to delete everything. His spokesman blamed a hacking attack, but few, indeed very few, believe that version. The former president of Russia has made a series of crazy threats since the start of the Russian invasion of Ukraine. In a post on Telegram, in which he presented his vision for the appearance of Europe after the war, he surpassed himself by unleashing his sick fantasy. On the map he published, the territory of Ukraine consists only of Kiev and its surroundings, while the rest of the territory is divided between Russia, Poland and Romania. Of course, Russia would win the most,

Thousands of Russians have left over the weekend, here's which country they're taking refuge in

Mass departures of Russians for fear of conscription, Lukashenko shocks with the last help for Putin

Video/ Watch out for serious footage, the Russian sets himself on fire, you won't believe the absurd reason

The USA gives good news to Ukraine, here is the important decision it has made

Won the elections in Italy, Gorgia Meloni's biggest political opponent is in her bed. The details are highlighted

The victory of the center-right in Italy, the Kremlin immediately reacts: We are ready to...

Public opinion is shocked! Monster father kills his 6-year-old son with a knife

The alarm is raised for the most powerful typhoon of the last twenty years, which is expected to hit the central coast, the sea will be extremely turbulent and with waves of 10 meters

Brussels "shakes" Vu?i?, the signing of the agreement with Vladimir Putin in New York costs him EU membership, this is how his "two-chair policy" is expected to end soon

What is being knitted? After announcing the mobilization, Vladimir Putin meets with his ally Lukashenko

Tensions rise for the start of nuclear war, the US warns of catastrophic consequences if Russia uses atomic weapons, here are the first countries in Europe that will be destroyed