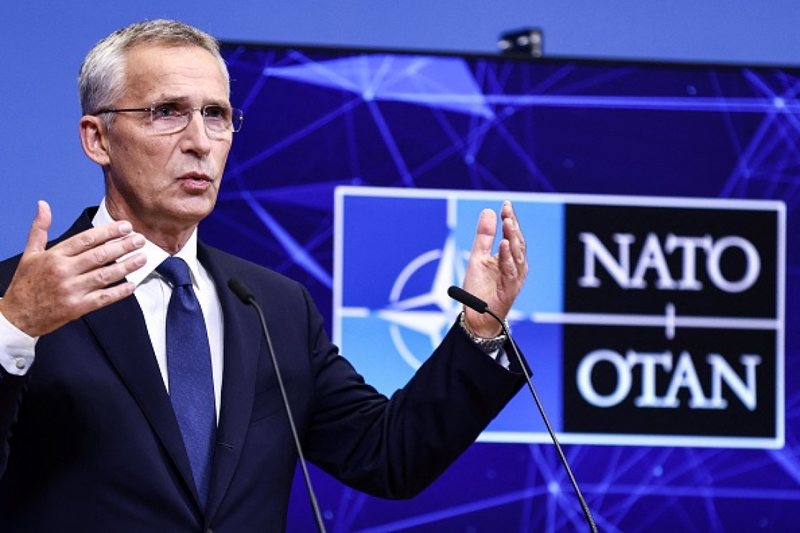 After an emergency meeting of the Security and Defense Council of Ukraine, yesterday President Zelensky demanded rapid membership of Kiev in NATO, after Vladimir Putin annexed 4 regions of Ukraine. "We have reached the standards of the Alliance. We are taking a decisive step by signing Ukraine's request for accelerated NATO membership," Zelensky said in a video posted by the Ukrainian Presidency on social networks. Meanwhile, he has said after the Security Council that there will be talks with Russia only when the president is changed, closing any possibility, no matter how small, of a meeting with Putin. "Our country has always tried to live together in equal and honest, dignified and fair conditions." "He does not know what dignity and honesty are. That is why we are ready for dialogue with Russia, but with a different president. He does not know what dignity and honesty are," said Zelensky. NATO responded immediately. "Our door is open to all EU countries", the Secretary General of NATO emphasized in an emergency press conference, immediately after Kiev's official request for rapid membership in the Northern Alliance. Jens Stoltenberg referred Ukraine to the decisions of the Summit last June in Madrid, stressing that Kiev's request will be examined and must be unanimously accepted by all member countries of the North Atlantic Alliance. "NATO supports the right of all countries to apply for membership in the Alliance and always keeps the door open for Ukraine, as we have stated in the past," he said. "We support Ukraine's right to determine its own path. Our goal now is to provide support to Ukraine to repel Russia's barbaric attack."