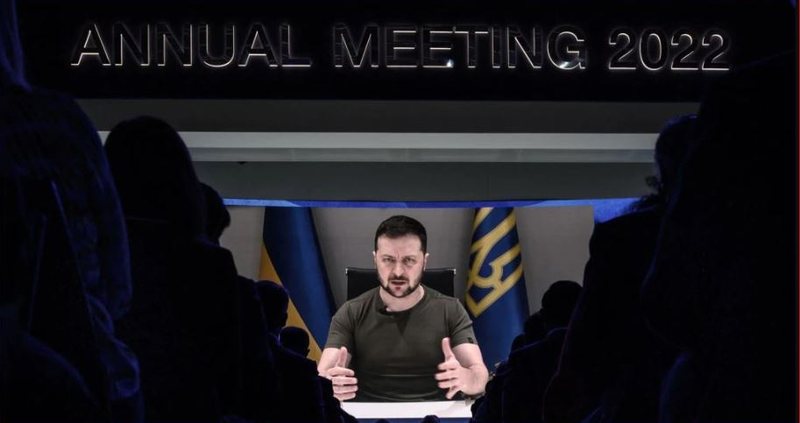 Speaking via video at the World Economic Forum, Zelensky said there was a possibility of finding a diplomatic way out of the conflict if Putin "understood the reality."

Zelensky added that a first step towards talks with Russia would be for Russian forces to withdraw to the lines that were in place before Russia began its occupation in late February.

Zelenskyy also used part of his speech to express his condolences to the families of children and teachers who were killed Tuesday in a massive attack on an elementary school in the US.

"As far as I know, 21 people were killed, including 19 children. "It is horrible to have victims in peacetime," he said.

The key to peace

As Russian forces bombed eastern Ukraine, including Severodonetsk in the Luhansk region, Zelenskyy's adviser Mykhailo Podolyak urged foreign governments to take action to put pressure on Russia to end its fighting in Ukraine.

"Today, the future of Europe is not being formed in Brussels or Davos. The duration of this war depends on the speed with which energy sanctions are imposed and the supply of weapons. Do you want to end the war? "The key to peace is in your capitals," Podolyak wrote on Twitter.

This followed a message from Zelensky late Tuesday, in which he said sending rocket-propelled grenades, tanks, anti-ship missiles and other weapons to Ukraine was the "best investment" to prevent future Russian aggression.