Senior WHO official spreads panic, comes out with scary warning: Here is what will happen in early 2021 if governments do not curb the second wave of COVID-19! 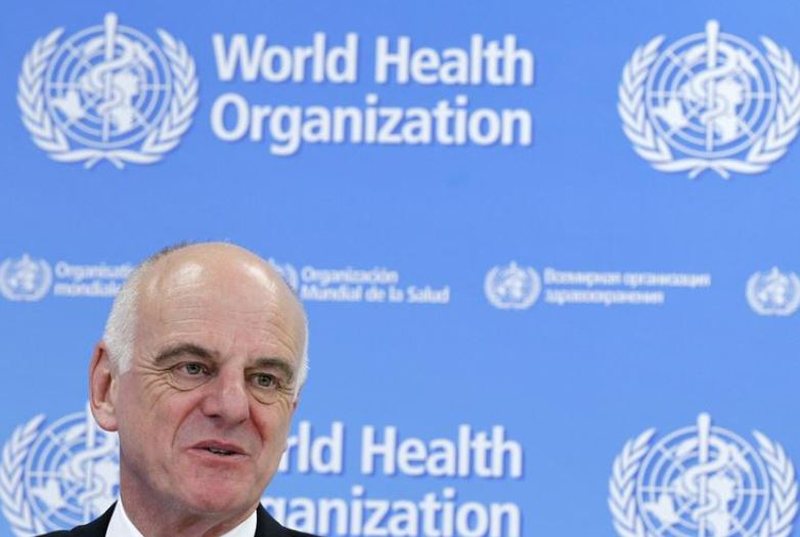 The World Health Organization continues to spread panic about COVID-19, even predicting a third wave of pandemic in Europe in early 2021.

A World Health Organization (WHO) special envoy for COVID-19 warned that if governments repeated what he said was a failure to do what was needed to prevent a second wave of infections, we would have a lukewarm third of the virus in early 2021, reports Reuters.

"They failed to build the necessary infrastructure during the summer months after putting the first wave under control," WHO's David Nabarro said in an interview with Swiss newspapers.

"Now we have the second wave. "If they do not build the necessary infrastructure, we will have a third wave early next year," said Nabarro, who ran for director-general of the WHO in 2017.

Nabarro singled out Switzerland's move to allow skiing, with gondola masks while other alpine states like Austria have closed ski resorts. Nabarro said Switzerland could achieve a "very high level of illness and death".

"Once the infection rates go down, and they go down, then we can be as free as we want," Nabarro was quoted as saying by the Solothurner Zeitung. "But now? Should ski resorts be opened? Under what conditions? "

Nabarro praised the response of Asian countries such as South Korea, where infections are now relatively low: "People are fully engaged, they take measures that make it difficult for the virus. They keep their distance, wear masks, isolate themselves when they are sick, wash their hands and surfaces. "They protect the most vulnerable groups."

Nabarro also said that Asia did not lift the restrictions prematurely.

"You have to wait until the case numbers are low," he said. "Europe's response was incomplete."

Doctors sent her back 15 times, what happened to the 22-year-old what she did not expect a year later

PHOTO / The well-known moderator makes a drastic change in appearance

The number of victims in Italy is decreasing, new cases of COVID-19 have been reported in the last 24 hours

The situation gets out of control due to the bad weather in Italy, 3 people lose their lives, everything "swallowed" by water and mud, which occupied the city streets with a violent force

The powerful leader of this state and the highest paid in the world is found by 'hali', he keeps at home "a mountain of money", what scares him is revealed

The situation of covid-19 / What is happening to the state that was an example for the pandemic? Sweden has admitted for the first time that it sees no signs of ...

Shocked around the world / 19-year-old claims to be Maradona's son, reveals the story of his waitress mother to the football legend and makes the unexpected request: Exhume!

What happened? A white cloud of smoke invades the hospital yard where COVID-19 patients are treated, residents of the area in panic

"Why don't you have sex before marriage?", The well-known minister comes out with the unexpected statement for the women of the Muslim community, comes their revolted reaction (REPLICATIONS)

The whole world cried from the great loss / Shocked by the statements of Maradona's close friend, throws heavy accusations: How they let him die, you do not know…