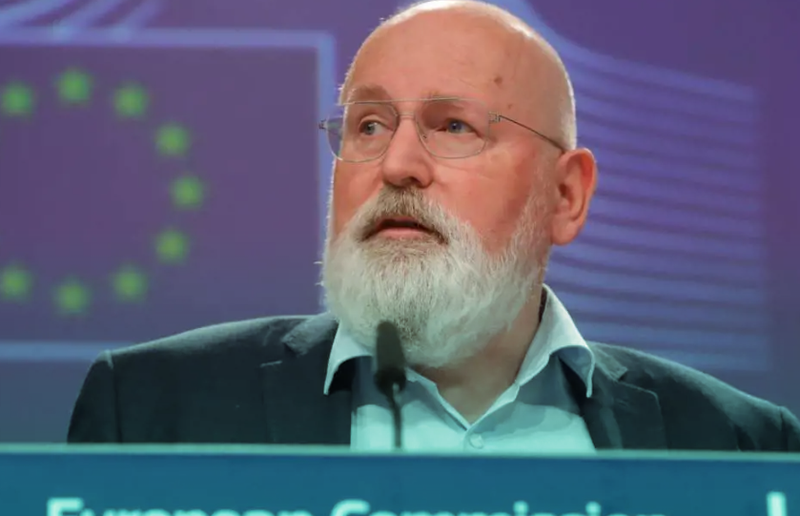 As soon as the Russian army invaded Ukraine, dragging the whole of Europe into a war that was both insane and bloody, the hunt for the Tsar's friends began immediately. A media operation aimed at targeting not only Vladimir Putin's supporters and his crazy "reasons", but also anyone who has had relations with the Kremlin in the past or worked to foster dialogue between Russia and Western powers. Real banned lists are displayed in newspapers. On the other hand, among the progressives, it was all a departure and then pointing the finger at the opposing leaders, accusing them, not too secretly, of paving the way for war in Ukraine. A surprise attack has come from European Commission Vice President Frans Timmermans. The latter called on "Putin's friends, yes in Italy",

This whole situation has its beginnings earlier. Before Crimea, before the war in Donbas, before sanctions. It was marked by a continuing effort to bring the Kremlin closer to the European Union. The Cold War was long gone and it was possible to think about rebuilding relations, not just at the trade level. Tensions were not absent even then, it is obvious, but Russia's opening to the West seemed possible. The Tsar's attacks thwarted these efforts, and over the years diplomacy has become increasingly difficult. Yet despite invasions and sanctions, relations with European leaders have never ceased. Indeed: it was in the most difficult moments that there was no lack of "parallel" diplomacy to bring the Tsar back closer to the West, as evidenced by Silvio Berlusconi's trip to Crimea in 2015. A road attempted not only by center-right drivers. In early 2014, it was Enrico Letta who visited Putin and then, months later, it was Romano Prodi's turn to be received in the Kremlin. It was December 18, 2014 and on the table was also the Ukraine file where the conflict in Donbass flared up by mid-April. To Timmermans, however, "Putin's friends" are just populists. And among them, in particular, Matteo Salvini. He never mentions his name, but reserves a fairly transparent allusion to it. "Putin's friends are very calm now," he told Rai3 for another half hour. "I have not heard their apologies yet, not even in Italy, they are under the table, but they should be clearer and say 'Dear Italian friends, we were wrong, we will no longer wear Putin's T-shirts.' The reference is to an old photo posted seven years ago by the League leader and which portrays him in Red Square wearing the insulting t-shirt. "It was inappropriate and inappropriate," replied Carroccio MP Lorenzo Fontana. "Take care of the unemployed, save your breath for something more constructive and more beneficial to the communities," he said.