Governor Sejko appreciates the Fiscal Amnesty and asks to be careful not to launder crime money, warns of an increase in inflation 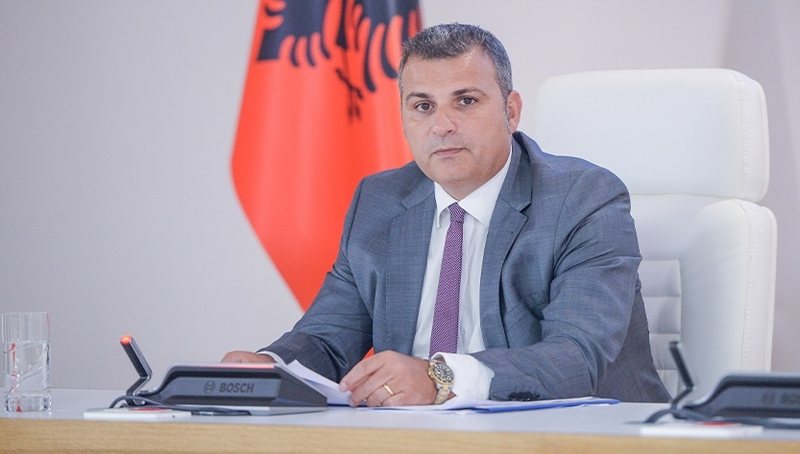 In an effort to reduce inflation, which is at the highest rates of the last 20 years, the Bank of Albania decided to increase the basic interest rate for the second time in a few months. Currently, the base rate has gone to 1.25% from 1% that was with the decision taken in June. In a press conference, Governor Gent Sejko also touched on the fiscal amnesty, which he said brings benefits to the state budget but also to the formality of the economy. He stressed that care should be taken not to clean the money of crime and corruption. But according to Sejko, care must be taken to avoid laundering dirty money, which comes from crime and corruption. He said that the fiscal amnesty should not be continuous. "We see it with costs and benefits, the main benefits are the injection, the improvement of income in the state budget, the main one is the formalization of the economy, we have an objective, the increase in the number of bank accounts and the maximum introduction of money outside the banking system into the banking system. In terms of financial inclusion, the amnesty would have a positive impact. There are also costs related to the avoidance of crime and corruption money, we must not allow the money to be laundered and in essence the concept of continuous accumulations must not be created", said Sejko. The Governor of Gent Bank Sejko says that in the third quarter it is expected the highest level of inflation, which can fluctuate at 7-8%. "Inflation, I mentioned, we expect that the maximum level of inflation will be reached, in the third quarter we will be below the maximum level. We are waiting for the updated figure for the month of June, it remains to be seen. The figures are surprising in this period that economies are facing successive crises. Economic growth in the first quarter was above our expectations. Can't 7 and 8% this is for you. We will have an economic growth this year between 3 and 4%", said Sejko.

Sejko said that the progress of the economy in our country remains a serious challenge due to the increase in prices in world markets and the tightening of financial conditions. Sejko said that the economic growth of our country will slow down, compared to the first quarter of the year. But according to him, the growth will be sufficient to maintain the health of the balance sheets of Albanian families and businesses. "The progress of the economy in the following period remains subject to serious challenges. The increase in prices in world markets, the expected slowdown of the economy in the Eurozone, will have an adverse impact on inflation and economic growth in the country. The economy will continue to grow solidly in the medium term. The pace will slow down in the first three months, but it will maintain the balance of Albanian businesses and families. On the other hand, inflation will continue to remain high. The rate will peak in the 3rd month of the 3rd and will fall in the following 3 months. The Supervisory Council increased the interest rate by 0.5 percentage points. This will create suitable conditions for the return of inflation to normalization", he said.