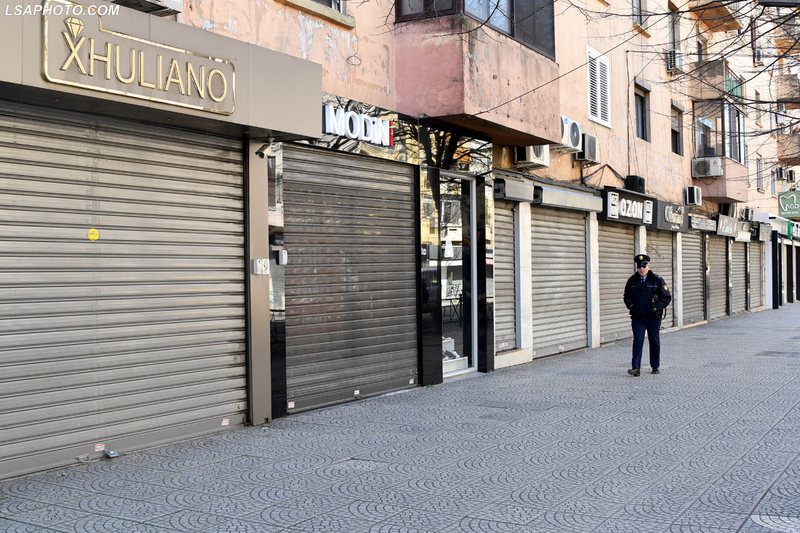 The second wave of the coronavirus will deepen the economic crisis in Albania. Since March, the internationals have predicted a very bleak economic future for our country, as we found ourselves financially unprepared in the face of the virus, while now negative opinions have deepened. All countries affected by Covid-19 are in economic recession, but our country has greater difficulties. This, according to a report published by the Vienna Institute for International Economic Studies, comes from the serious consequences that the first wave left on tourism, as well as the deterioration that awaits our country with the arrival of the second wave of the coronavirus. According to forecasts published by this institution, Albania will experience 6.4% economic recession during 2020, worse than the entire region. "Albania's economy will decline by 6. 4 percent from -5 percent that were the forecasts of May 2020, especially with the shocks that will come in the coming months from the second wave of the coronavirus. After Montenegro, the second in the region for the depth of the decline is Albania and then Macedonia, due to its high dependence on tourism. "The decline will be milder for Serbia, as Vienna experts predict a 2% contraction," the report said. Although this is a somewhat more positive forecast than other reports from the international community, the reasons listed there point to a deteriorating situation in the coming months rather than a recovery, as initially thought at the beginning of the pandemic. According to Vienna experts, the country's economy will grow by 4.6 percent next year. But the second accelerating wave of the pandemic brought back the blockages, which may intensify in the coming months, already making sure the deep fall. Economists believe that the medium-term outlook is extremely uncertain. After an estimated contraction of 4.5% this year, the region should grow by 3.1% in 2021 and by 3.3% in 2022.

The coronavirus damaged the main branches of Albania

Referring to the data of the report, it results that the recovery of the economies of the Western Balkans, including Albania, will be slow and will depend on the success in pandemic management without applying blocking measures, as well as the continuation of support with measures from governments. According to the Institute, these countries find it difficult to recover as they are developing economies and the former lack of investment in health increases today the need for spending beyond opportunity, in relation to the level of income. Vienna experts analyze that Albania feels more the consequences due to high exposure to the tourism sector and damage to consumption, so our country will need more time to recover. "After the lifting of the blocking measures in the third quarter, the retail trade increased driven by the missing purchases during the blockade, and international production chains resumed operation. However, pre-crisis levels of economic activity have not been reached. In addition, the second wave of the pandemic, which began in many CESEE countries in September, has raised concerns about the ability of health care systems to cope with the growing number of hospitalizations. "In addition to the potential for stricter blockages in the winter months, the pandemic will have long-term consequences on consumption, leading to depression of some services, such as aviation, hotels and recreation." However in the baseline scenario, which assumes that a vaccine will curb the pandemic without the need for long blockages, CESEE economies are projected to grow by an average of 3.1% in 2021 and 3.3% in 2022. However, our country is still a long way off.

ATP issues the list, here are 101 owners who will be compensated due to informal constructions, benefit 176.7 million ALL

After the pressure of businesses, the Ministry of Finance withdraws, there will be no blocking of bank accounts for partners and administrators

Report of the Public Procurement Commission, in 3 months 28 tenders are canceled, wave of complaints about the procedures

The Assembly starts the discussions of the law, the criteria for participation in the tender are strengthened, here is the fee that will be paid if you withdraw from the competition

208 oil workers, miners and metallurgists receive a pension supplement, ISSH clarifies the next list, here are the names by cities