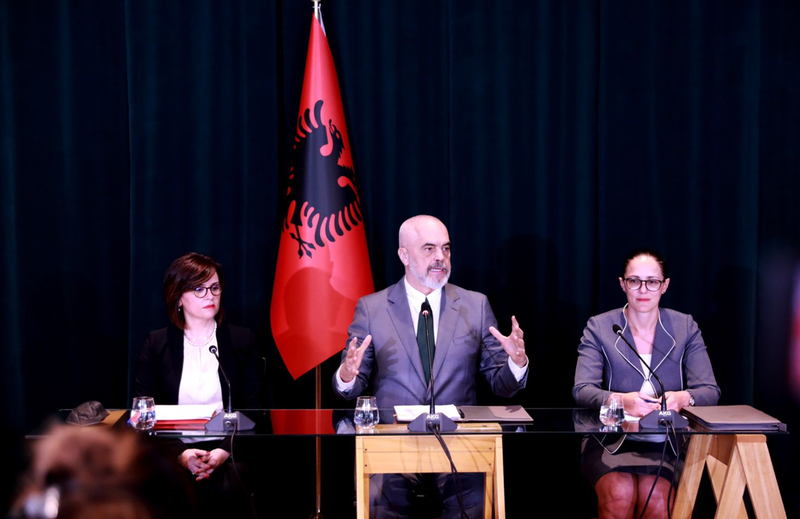 The government launches the hunt for individuals who live luxurious lives and have low wages. This news was announced yesterday by Prime Minister Edi Rama, who while attending a press conference with the Minister of Finance, revealed that the verification of the declared salary and lifestyle will begin soon, in order to prevent tax evasion. According to Rama, you can not afford expensive houses and cars, as long as you have a salary that does not justify them. "We will go further in confronting the declared salaries with the lifestyle, this applies to those who receive high salaries and who avoid declarations in different ways, there is an adjustment to be made, by closing the space where it is played by individuals to appear as physical subjects, but beyond that we will go through checks aimed at finding gaps between the declaration of newcomers and the lifestyle. You can not have X income and have car houses that are never made with that income. "We will turn this support into legal measures that the minister will talk about," he declared.

The salary database will be published every year

Further, the Prime Minister Edi Rama said that Albanians will be asked if the salaries of Albanians should be made public once a year as this helps in the self-regulation of the market. "From this correction made under the pressure of public opinion on all businesses but also as a result of a strong impetus we have an increase in the average salary in Albania. Over 25% of employees in Albania have exceeded the minimum wage level to a higher level which means that they did not receive the declared minimum wage but more. We think it is appropriate to ask Albanians whether it is better that once a year all salaries are made public. Countries that do some countries, and say that this has the greatest self-regulatory effect within the system,

5 measures taken by the Ministry of Finance

· From June 1, the Ministry of Finance and Economy will introduce a new law on income tax and all free professions will pay Tax!

· There will also be an escalation of fines! For all administrative violations or violations that constitute tax evasion there will be a doubling of the fine, if previously there was a revaluation or a fine equal to 100% of the total revaluation we will now go to 200%.

· The fine for non-declaration of employees as well as for hiding the salary for all large businesses will be doubled.

· The fine for incorrect declaration of salary by the employee will also be doubled.

· As far as the law on labor inspection is concerned, it will no longer be possible to give a recommendation to a business, but even there penalties will be automatically passed.

Brace erupts in strong attacks on Krifca, accuses the Ministry of Agriculture of plunging livestock into crisis and demands a change in VAT on agriculture