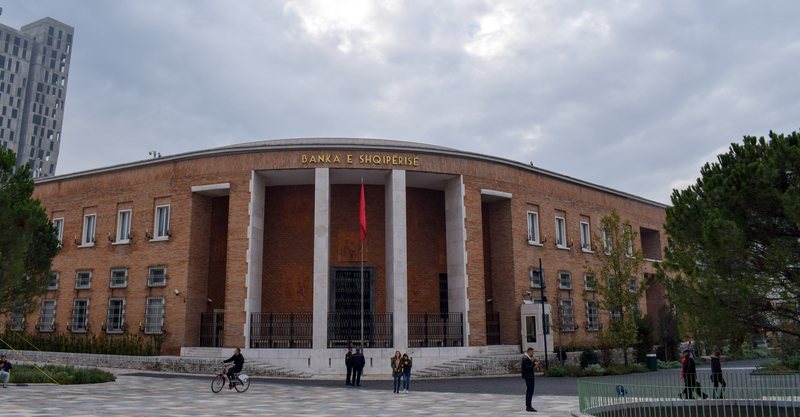 The Albanian economy continues to be endangered by the pandemic and the restrictive measures that accompany it. Since March last year, our country is in economic stagnation after two months of isolation undertaken by the government in order to curb the spread of the virus. During the summer the country began to breathe, but this only lasted for a while, because with the arrival of autumn the pandemic situation worsened and some restrictive measures were reinstated. According to the report recently published by the Bank of Albania, the return of these measures had consequences in the last quarter of 2020 where there was a major slowdown in the light recovery that began in the tourist season. The Bank reports that the closure of neighboring countries in September has again affected the Albanian market, while unemployment continues to be high and other indicators very vulnerable. "The pandemic continues to be a serious challenge, both for the Albanian economy and for the world economy. In many countries, the reintroduction of restrictions at the end of 2020 slowed down the economic recovery launched in the summer months. The European economy, our main trading partner, is expected to shrink in the last quarter of the year. "The situation in the labor market remains difficult, despite government support programs, and employment continues to be lower than in the pre-pandemic period," the report said. In these conditions and for the first months of 2021 the forecasts for the economy are pessimistic and it is shown that everything depends on the progress of vaccination and incentive policies that the government must undertake now to be ready for the summer season. "Reflecting the weakness of demand, inflation remains in negative territory. Forecasts for the economy remain bleak in the short term, but the start of the vaccination campaign at the end of 2020 has increased confidence in a gradual recovery in the medium term. "Economic recovery and the return of inflation to target should be supported by the pursuit of stimulating monetary and fiscal policies," the report said.

In the published report, the Bank of Albania shows the main risks that threaten the economy for 2021. The Bank analyzes that the biggest risk comes from the new variants of the coronavirus that have appeared in recent weeks, because if they aggravate the pandemic, not only the Albanian economy , but also the world economy will be at risk. Another risk is that, due to insecurities, families are saving more and more and this blocks the circulation of the economy. The slowdown of the economic process is another factor that contributes to the Albanian economy, but if it slows down it will bring many problems. Another risk factor is the speed with which the vaccine will be applied in the country. "Achieving full immunity will require time and repeated waves of virus spread or new variants are still risk factors for economic and financial conditions. Apart from them, other risk factors are: an increased tendency of households to save in conditions of a prolonged crisis situation; slower implementation of the reconstruction program; and the potential structural changes that the pandemic could bring to the world and Albanian economies, ”the report states. On the other hand, businesses have no hope of recovery even in the first months of 2021, they even lost their ability to pay to banks in the third quarter of 2020. According to the bank, these outstanding debts prompted them to take out loans again to start economic recovery. "The prolongation of the global pandemic and the uncertainties that it conveys in the economic recovery have increased banks' concerns about the solvency or the current state of businesses and their future prospects. These developments have made banks more prudent in terms of risk tolerance in approving new loans to businesses. "These factors have led to the highest negative equilibrium value for business lending standards," the report said.

Exchange rate / Surprise euro and dollar, find out how much lek is exchanged today

The IMF changes the forecasts for the economic growth of Albania, it is expected to go 5.5 percent during 2021