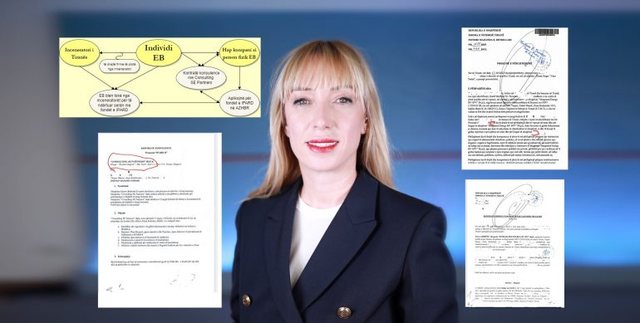 The Agency for Rural Agricultural Development (AZHBR) seems to have been involved in an abusive scheme, financing the Tirana incinerator with money that should go to livestock farmers and farmers. The newspaper "SOT" stated a few weeks ago that the AZHB led by Frida Krifca, now the Minister of Agriculture and Rural Development, is involved in corrupt schemes, abusing funds, which she distributes to businessmen and her friends who do not are related to agriculture and animal husbandry, but not to farmers and animal breeders, while day by day these claims are being verified. "Revista Monitor" has made an observation, as it writes that a cattle farmer with the initials D.Ç. and with experience from the village of Samaticë in Berat went bankrupt a few months ago. He closed the cattle farm with which he had spent half his life and set off as an immigrant to Germany, after being denied subsidized support from the IPARD program for an honorary detail related to the distance of the stable from the dwelling. The livestock farmer's drama is like that of many Albanian farmers, who are being forced to leave, since they cannot survive with their activity. Meanwhile, funds that should go to their support have been given to people who were connected to the Tirana incinerator. Likewise, "Revista Monitor" has provided some documents where it can be seen that the person EB, who with a special notarial power of attorney represents and acts on behalf of the incinerator of Tirana, "Integrated Energjy BV SPV", with signature rights in all documents of the company, has benefited 310 thousand euros from the IPARD program funds under the measure "Investments in physical assets of agricultural farms",

The funds are non-returnable grants that the European Union gives to the Albanian government as support for increasing capacities in agriculture. Animal husbandry expert Ervin Resuli has denounced the misuse of IPARD funds in the media these days. According to the documents, the investor EB (registered as a natural person) is the beneficiary of 310 thousand euros and at the same time is an employee of the incinerator of Tirana, with the right of firm with full powers of the company Integrated Energjy BV SPV". In some contracts, he also appears as a worker, then he buys and sells the land with the incinerator and finally his administrator (9 company rights). EB (as a natural person) also has a consulting contract with the company "Consulting Se Partners", owned 80% by Stela Gugallja, which undertakes to carry out all actions (according to the following document Consulting contract). Stela Gugallja is today wanted by SPAK for abuses with the Elbasan incinerator (part of the same scheme for the benefit of three concession contracts for the incinerators in Fier, Tirana and Elbasan). After the application with the assistance of "Consulting Se Partners" AZHBR has announced the winner of the natural person EB from the funds of the IPARD 2020-2021 program with the maximum support of the scheme 65% worth more than 310 thousand euros. 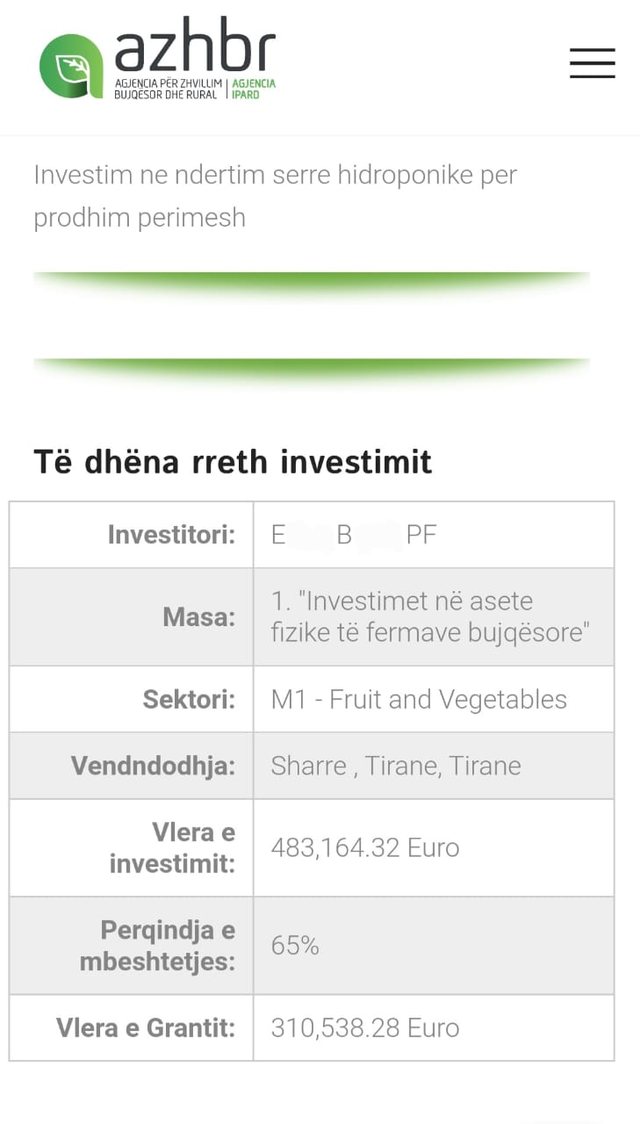 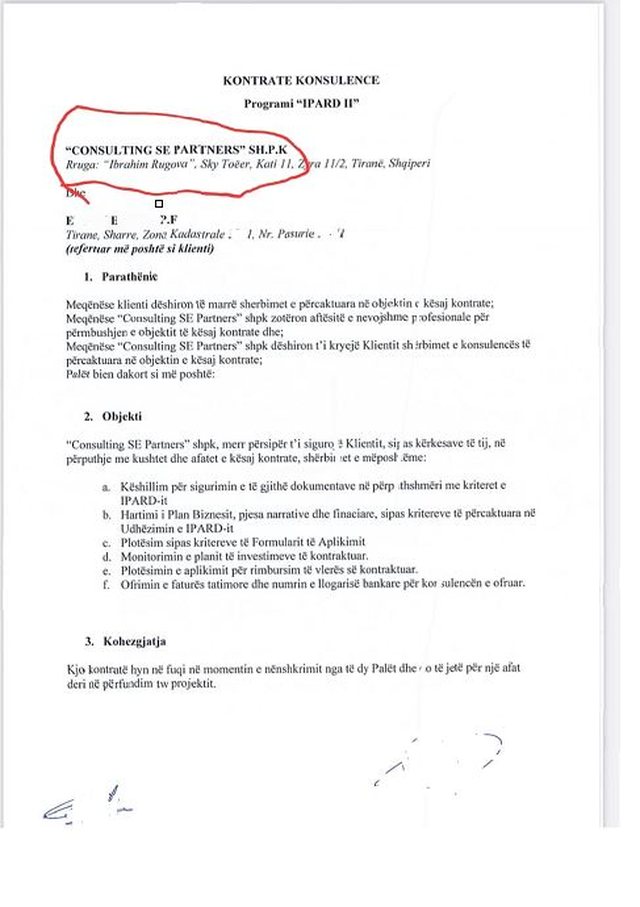