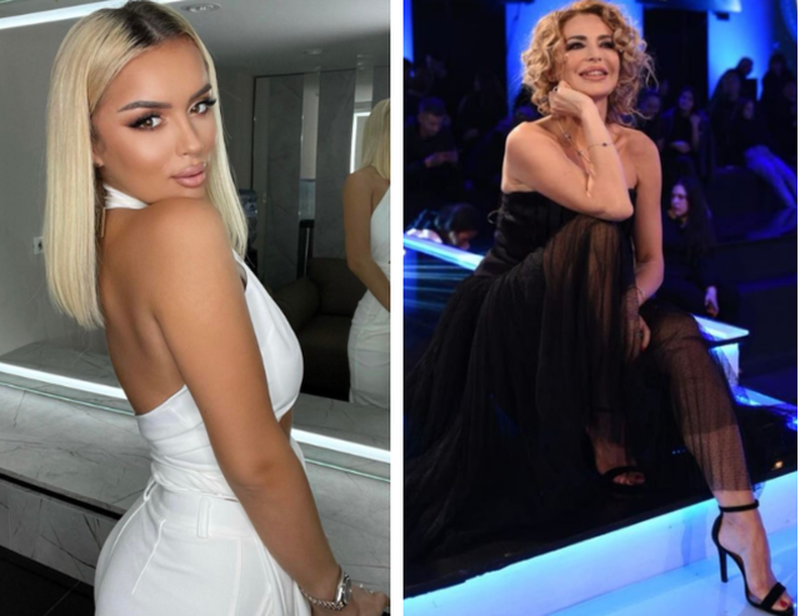 The entry of the former competitor of 'Përputhen', Antonela Berisha in; 'Big Brother VIP' has been accompanied by numerous discussions.

There are many who say that she is not a VIP and should not be part of that reality show.

Even the residents themselves have expressed in some way that Antonela became known to the public by "Për'puthen" and not by her profession.

"Is Antonela VIP for you", was one of the questions asked to Balina Bodinak today on the show "Goca dhe Gra".

"We have to make a pact of words, what is VIP? Because there are many definitions and in different definitions. I do not measure the success of people with followers on Instagram, it is offensive to say and disappointing that some of the locals have articulated this thing so strongly. Even for the person you refer to as a VIP noting that you are a VIP because you have 300 thousand followers is offensive. Because I as Balina would like to have a contribution beyond that. I would like to be appreciated for it in the first place and if they appreciate me for it, welcome. But do not pursue success with it. Using the word VIP we are creating a model.

On the other hand in a format like BB VIP, that I too have had this dilemma with myself, this debate that has erupted everywhere has been even within myself, with pros and cons. But a format like BB that has a very wide target group and that reaches very wide in the public, I think there is room for people like Antonela, in the sense that as long as it is followed it reaches that group as well. But it is also a format where people judge and there we will understand the models that are valued or not valued. "It is not easy to bring models to the public, but they are selected over time", said the opinionist of "Big Brother VIP".

With a swimsuit and heels, the Albanian singer challenges the weather in the snow

The well-known Albanian moderator admits that she is in a relationship, who is the boy who stole her heart

From butcher to model, Beniada shows the sacrifices of her life: I was 16 when I first started working

See what is happening to Donald after the release of Beatrix, Ermal Fejzullahu releases video that is breaking the network

Del VIDEOJA! Olsa and Perputhen once found Big Brother VIP's "beloved" Angel and can not guess who is the most famous character

While the author of "Perputhen" Olsa Muhameti was a journalist and during an int...

Beatrix came out of the house of 'Big Brother VIP', Iliri surprises everyone with what he says about the singer: From morning to dinner he ...

The departure from the 'Big Brother VIP' of the singer Beatrix Ramosaj has been ...

"Arbana has fulfilled her wish" / Beniada's mother and grandmother tell what the neighbors say about the model: They call me ...

Beniada's mother and grandmother commented on the model's journey on Big Brother...

"She can do whatever she wants" / Beatrixa in a serious psychological state, Neda Balluku confesses what she faced when she left the house of 'Big Brother'

Former resident of "Big Brother", Neda Balluku, was today invited to the show "B...

"He is like Don Juan" / Donald throws the 'hook' to the famous moderator after Beatrix's departure, the former resident of 'Big Brother' cracks the strong statement: Girls look like Brad Pitt!

The secrets of the residents of 'Big Brother VIP' are expected to come to light, an envelope arrives at home, everyone is confronted with the unexpected

"Big Brother" asks the residents to go one by one to the story room and tell a s...