Donald Veshaj's closeness with Angel Shkira makes Bora Zeman jealous, the couple's close friends find out what is happening between them 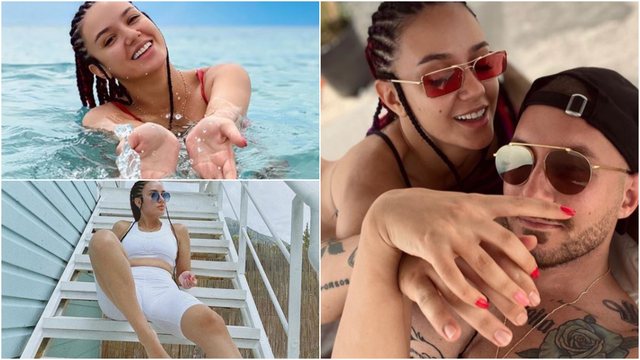 A few days ago, the news became public that Bora Zemani has returned with Donald Veshaj. The signal of this positive news came from a comment that Bora left in the promo of the newest show that will be brought by the Veshaj brothers, part of which will be the moderator Einxhel Shkira. 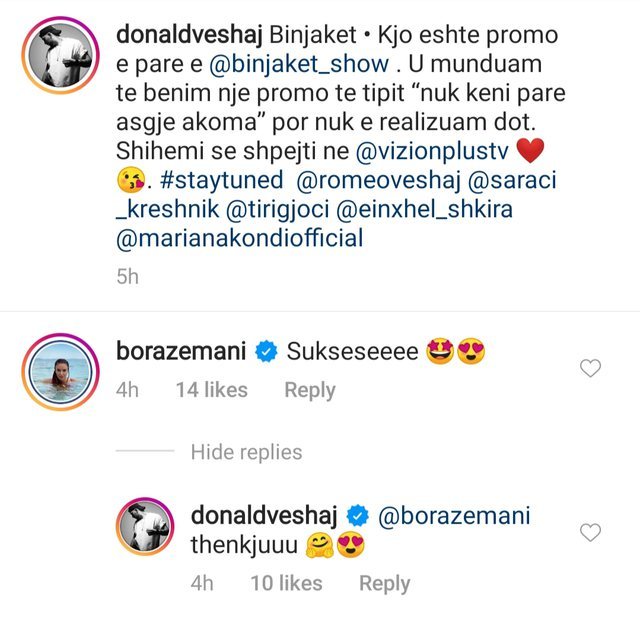 Sources close to the couple claim that Bora and Donald are trying to reunite, frequenting each other again. Some time ago, Donald posted a video on "Instagram" made inside the car, while a girl was holding her hands on the cassette player. Although it is dark, it can be seen that the nails are red, just like Bora.

The portals interpreted this post of Donald, as the confirmation of the rapprochement with Bora, they themselves did not prefer to talk much about the current situation of their relationship. A month after they formalized love in the south, the charming couple decided to end the relationship directly after the holidays. They accompanied the decision to come out openly with some nice photos and videos, which they later deleted from "Instagram", deleting each other from the list of friends.

The couple who formalized the relationship after quarantine, had some disagreements that led to this decision, which was followed by the dissolution of the "Threesomes" format. According to their friends, it is difficult to say that this time it was a common quarrel, while it took almost three months to agree.

Already, their friends are talking that they are trying to attend after the decision the twins have made to make Angel Shkira part of their format and this is being seen as a jealousy by Bora.