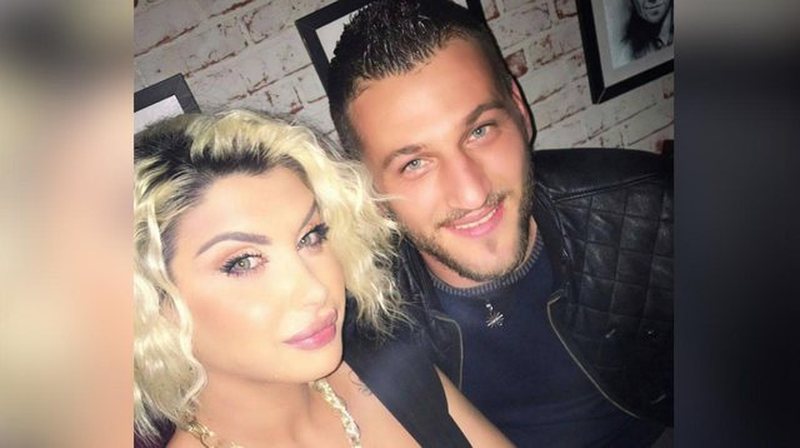 Singer Çiljeta Xhilaga, invited last night to the show 'Out of the game', also spoke about her relationship with Alban Hoxha.

When you told me to choose a song for "Bani", that I call Bani the only thing that came to my mind was this song. (She strangled me-Nobles ft Hekuran Krasniqi ft Agimi). Over the years, we have gone through the good and bad days with this song, even when we fought and agreed, we still had this song.

"She drowned me" in fact Albani has for me, because I drowned her with my love. "- this is what she said about the song she chose, both hers and Albani.

When asked why Çiljeta chose to live with Captain Hoxha and why she chose to have this man by her side, she said:

"I will not give you an exact answer to this, because things are sometimes written.

Albani and I had not thought about it, since we both came from a relationship with children and the previous one, and we had not thought that we would know someone and fall in love. So things are written. Every relationship has its pros and cons, there are good days and vicissitudes that every relationship has, but when love is real and strong, everything passes and then begins to take on a different form. When you realize that you can no longer stand without each other, you also realize that things have taken a more serious shape. "

During the conversation, the journalist also asked her what is the virtue that Albani likes the most.

One of the moderator's questions was related to the relationship that Fernando, Çiljeta's 8-year-old son, has with Hoxha, and her answer was:
“Fernando is certainly influenced by Albani's presence. When he was younger he said when I grow up I would expect balls like Albani, but now he has changed. Alban's son is born and cut for this.

When I took Fernando with me to the stadium when he was younger, he would go up to the chairs and wave: "How can he not look at me like that? he told me
They both have a very good relationship. The two are like friends together. The three of them go out and talk to the boys, they keep secrets from me all three.
Fernando was 3 years old when Albani became part of our lives, today he is 8 years old. It is 5 years, so normally Albani has influenced a lot, because in the most important stage of the child that creates personality, dignity and character, from 3-7 years old, so of course he has played a very important role. "

When asked what it seems that Fernando has taken as a habit from Albani, she said with a laugh:
" They throw socks both at home. As they enter the house, one here, the other there. This is what they look like. "