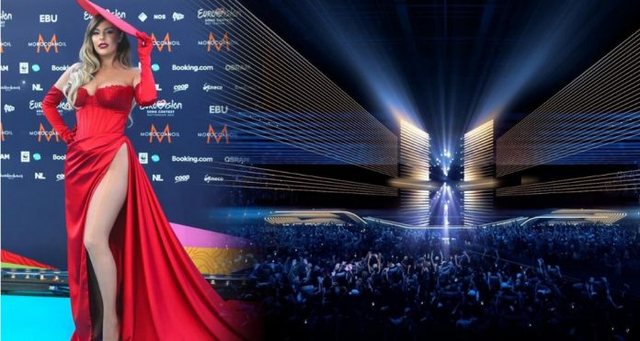 Singer Angela Peristeri's dress has echoed in the foreign media, attracting maximum attention. The singer with the brilliant voice, wore a red dress, for which much has been commented.

She got the attention of the photographers and not only in her parade on the turquoise carpet, which was attended by all the competitors of "Eurovision" for this year.

Foreign media wrote that Angela in the red dress, has been announced as the most beautifully dressed. There was no way it could have happened otherwise, where he would have received this trophy thanks to the master Valdrin Sahiti. White Blogs, Eurovision's largest portal, has conducted a poll for the public to select the most beautifully dressed singer, and Angela has collected the majority of votes. The red dress, slit to the upper part of the leg, made by Valdrin Sahiti, seems to have pleased most of the European public.

Regarding this trophy, a reaction was conveyed by the singer herself, who did not hesitate to express her gratitude. "Thank you from the bottom of my heart for your support, and for voting for me as the most beautifully dressed on the turquoise carpet at Eurovision. We managed Valdrin Sahiti ", writes Anxhela in a post. 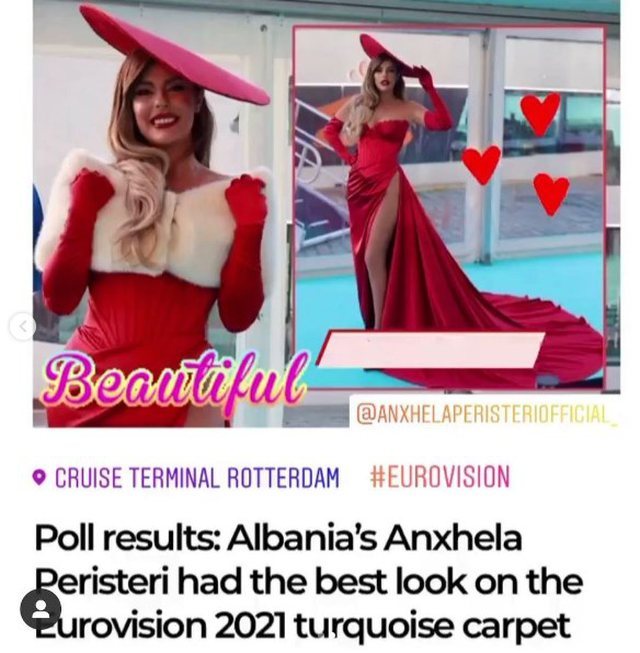