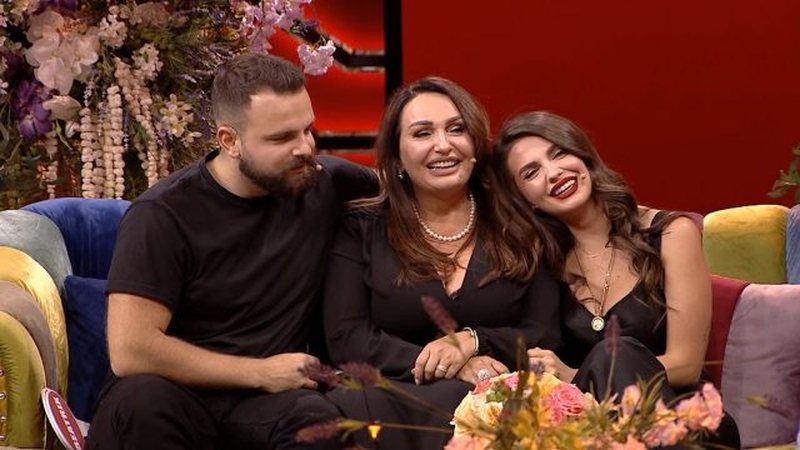 Invited to a TV show, the winner of the Magic Song Festival 2021, Alban Ramosaj spoke about the special relationship he has with the two most important women in his life, his mother, Antigona and sister, Beatrix.

They have discovered a very interesting fact. Asked about the first word, Beatrix said that she said "daddy", while Albani's first word was the word "knives".

"I swear it was not prepared. But I do not know how I forgot without mentioning. "The first word was 'thika', or more precisely 'fika'," Albani said, adding that he made the letter "th" "f" for some time during his childhood.

This is a strange coincidence, as the song that Albani won the Magic Song was titled "My Knives".