Ana Lleshi left 'Përputhen' after the publication of photos with Arjon in bed. The moment Homeland left he gave her a warm kiss.

The "farewell kiss" caused a lot of noise. But how has Ana's life changed after “They match? Is there something emotionally new?

She answered these questions today as she was invited to the studio of the show "Albania Live". Ana showed that it is not that she misses the screen a lot, as it is part of the "Sidewalk" section in "The Sun".

When asked about her relationship with Atdheun after the kiss she gave him in the first episode of "Për'puthen Prime", Ana said that she does not communicate with him at all.

"I do not talk to the Homeland. After the sensational kiss I decided not to have contact with him. I did not expect him to kiss me either, as I expected some kiss on the forehead as he has done with me. I felt good, appreciated. "Butterflies came to me after I saw it from the screen", said Ana.

Asked if she was waiting outside, she said "no". "The first thing I said was he would stay inside and find love there. We would try to get to know each other outside. I do not know if I would like to know him ", said Ana Lleshi. 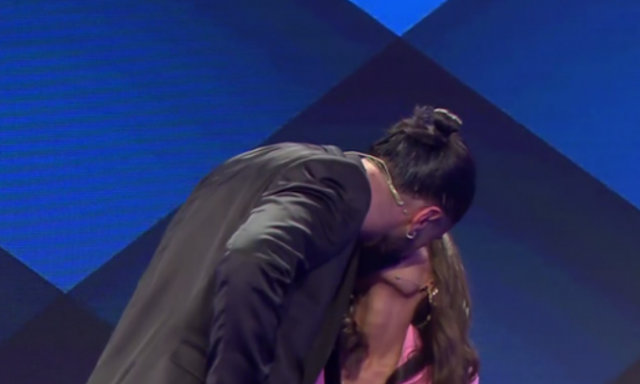