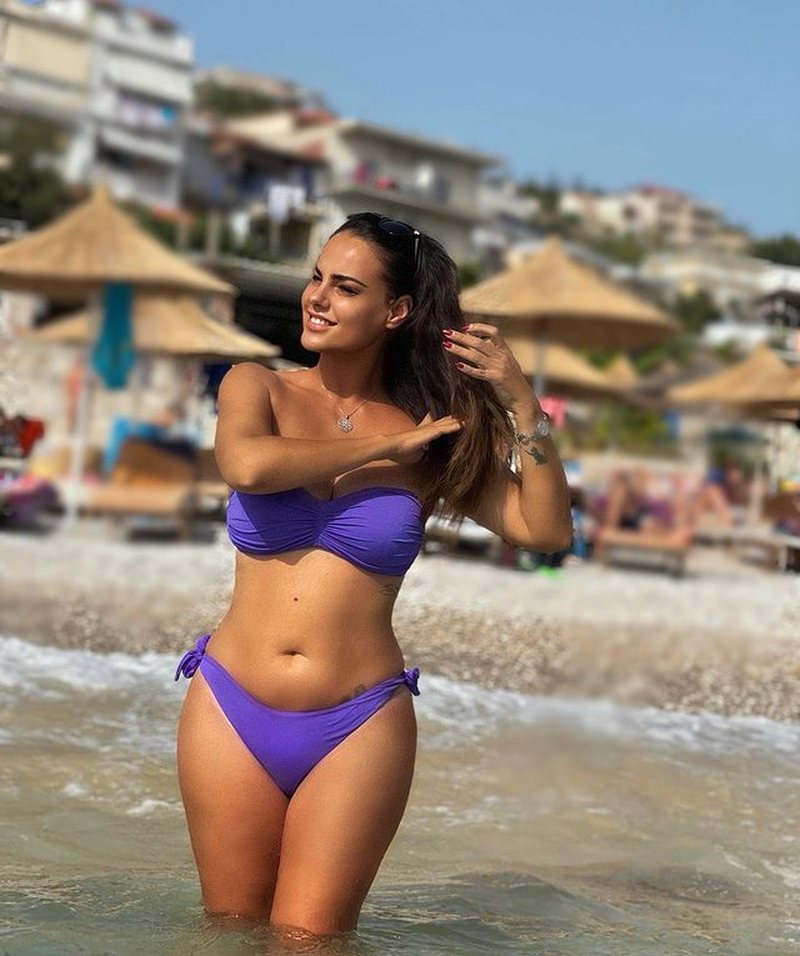 Moderator Hygerta Sako has shown the most embarrassing moment where she did not feel well at all.

It is about the reporting from the stadium of Partizan in Belgrade where the Serbian team Partizani would face Skënderbeu.

"The most special is the reporting from the stadium of Partizan Belgrade, it was Viola leading the Europa League.

Skënderbeu participated in the Europa League and faced Partizan Belgrade.

Given that the October 2014 event between Albania and Serbia had taken place, the bloodshed was still heated. It was a report all the time with cops, spacesuits, weird as atmosphere.

Not that there were a lot of fans, but the ultras part was very aggressive. I was certainly dressed in red and black and the moment I had to go through the first reporting with Viola, I had to go to the other side of the stadium to talk to Ilir Daja who was Skanderbeg's coach and go in front of the Serbian ultras and after the interview in Flesh Zone, I had to cross again to watch the match again in front of the ultras.

I felt very proud, but it was a very aggressive situation and I felt that hostility. "Unfortunately, Skënderbeu lost in that match and to see how the players danced with the ultras after the victory was really a very ugly show because it was not just a victory, but they enjoyed the victory against an Albanian team and I really felt very bad there", said Hygerta Sako.

"It hurt me" / The rocker confesses the separation with Boyken Lako after 10 years together: I only had that! After the decision I prayed that…

"I did not dedicate myself enough to him", Atdheu i Për'puthen cries on the show as he talks for the first time about his mother's serious illness

Who will be the famous Albanian singer who will be part of "Big Brother Vip" this week?

What happened? Paloma bursts into tears: I'm so upset!

Entered between the footballer and his partner? The famous actress reacts and tells her version of the story: He is a liar, he told me these things

"My name has been misused", Ermal Fejzullahu faces the unexpected, comes out with the important announcement

One week ago, someone took Instagram from Ermal Fejzullahu for 30 hours. He an...

"Sexual joke" / The couple of 'Big Brother VIP' surprises the other residents, Beniada kisses and licks Iliri: We have appeared in front of the cameras! (VIDEO)

The residents of 'Big Brother VIP' have as a weekly proof the wearing of a com...

The well-known comedian mocks Arbana Osmani badly: Let's collect the money to buy him a bench, because…

The moderator of "Big Brother VIP" Arbana Osmani often sits on stage in the mi...

"I do not have any good memories of the last years", Semi Jaupaj confesses for the first time her health problem: I could not breathe!

Singer Semi Jaupaj has shared with the residents of 'Big Brother VIP' a very d...

"It can no longer be like 20 years ago", the Queen makes the unexpected decision in the last minutes, what happened?

The Queen of England was "unhappy" last night and under the doctor's orders to r...