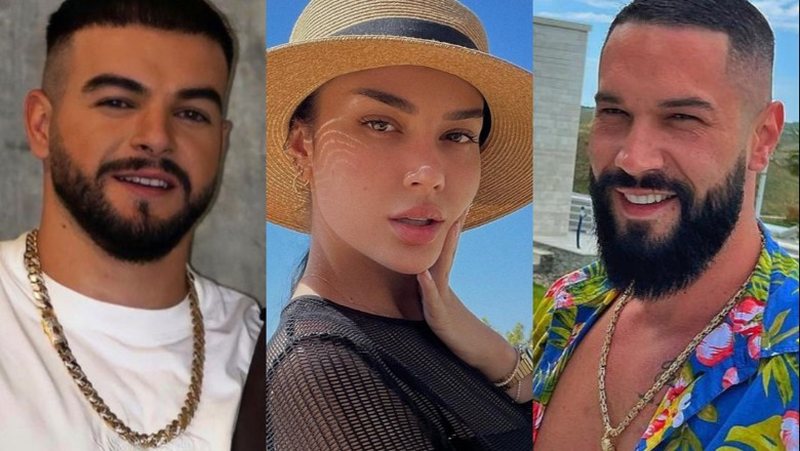 Former competitors of Përputhen, Atdhe Xharavina and Fation Kuqari have created quite good relations despite the history with quarrels during the show.

The pair were invited today to 'Invitation to 5', where they also talked about their relationship from friends to enemies.

'Homeland as he came and wanted a little attention and was caught with the lion, with me. I was misunderstood by the screen and it happened to me with almost all the guys who came after me on the show. From the beginning they wanted to catch up with me and I do not know why. "- Fationi said about their debates in 'Për'puthen' while Atdheu added: branches. But it did not take long for him to be a good man and we have a lot in common. That's how good a friend he is, but I don't know about shells. '

Asked later how Atdheu has relations with the girls Fationi was not spared at all. He said Homeland quickly falls in love with a girl even if she just talked to him. Further, he added that he expresses this on social networks with dedications, songs or photos.

"The homeland falls in love very quickly. As far as he knows a girl says he has fallen in love. "I'm waiting once," I tell him. If you see him on Instagram he has small talk. Releases love songs once every two days. Or make novels ostensibly that have disappointed him, remove the photo, close Instagram, open Instagram. He is very compassionate but does not express himself. The last time he cried was on the weekend when we were returning from the south but I do not know the reason. "He can fall in love even talking to a girl," he said.

However, Fation's statement does not seem to be so coincidental. Because everyone early on when Atdheu made 'novels', statuses, etc. on Instagram were linked to Bora Zeman. The former contestant, who has long been rumored on the network for his relationship with the moderator, a few weeks ago posted on Instastory some photos in which, although he does not mention names, he was interpreted by his followers as an irony.

Alketa Vejsiu is one of the most influential characters on the Albanian screen. ...