"This is to put their hands on their heads" / Klodiana Lala brings out the 'bomb' details about the murder that shocked Albania and throws strong accusations against these 2 officials: They came with a 'Range Rover'!

Blerim Destani returns to Albania: A big wedding would be good but ... 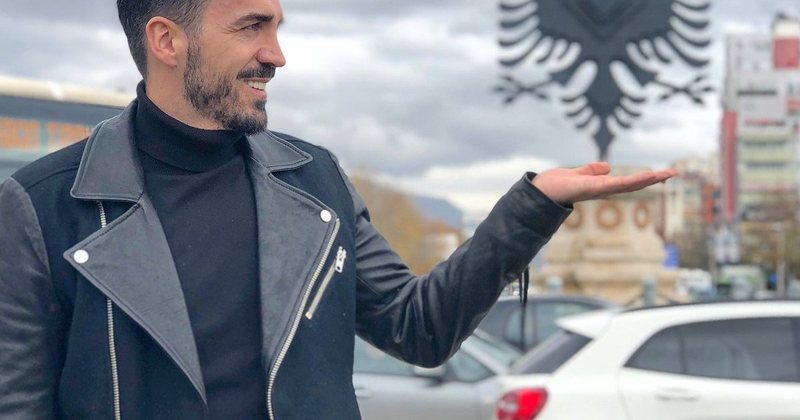 However, he never forgets his origins and tries to find time to visit Albania, Kosovo or his hometown, Northern Macedonia. Finally, he is in our country, as he is one of the main characters of the movie "At sea is paradise", which is expected to be released soon.

Speaking about the microphone of "Albania Live", Blerimi has shared more of his role in this project, but also about his personal life. He has shown that the film is about a boy of Albanian origin, who lives in Germany, but who returns to his hometown, where he discovers himself and his origin.

It is a drama film and we started shooting it in Germany, now we have parts of Albania it is going well even though it is hot here.

The film is about a boy who lives in Germany, with a German character but of Albanian origin. He returns to Albania after a case of death and from here he finds himself, reveals himself.

As for personal life, he revealed that he would like to have a big wedding in the future, but without revealing if he has found life partners.

"I do not know those who know me know that I keep my private life private, but a big lady is fine but as you know, I still do not know," he said.

"Happy for you who stays up all night and does not ..." / Made a fuss with her story LIVE on television, the former competitor of the famous show confirms separation from partner (PHOTO)

The well-known Albanian moderator is surprised in bed at midnight, gets the unexpected surprise from her husband (VIEWS)

Strong confrontation between two well-known moderators and televisions! Head to head with "Big Brother Vip" / Alketa Vejsiu brings to Albania for the first time the famous program with VIPs

Do you know this little girl? The famous Albanian singer publishes photos from many years ago and makes an exciting dedication to her mother: My Queen!

Today is a holiday in the family of the famous Albanian singer, Dua Lipa. Her ...

"She would not choose me, I chose her" / Elgit Doda tells his love story and how he managed to convince Klean

Elgit Doda was invited to "Peter Pan", where he was asked by the children of the...

Cinematography in mourning / Suddenly the famous Turkish actor dies, made all Albanians for himself with his roles (NAME + PHOTO)

One of the most famous actors in the history of Turkish cinema, Cuneyt Arkin h...

Shocking details are revealed! The 79-year-old man killed her in the middle of the restaurant, the singer had 2 months trying to…

Megi Pojani is rumored to have a love affair with the famous Albanian footballer, Beniada Nishani reveals them, makes the unexpected comment about them (PHOTO)