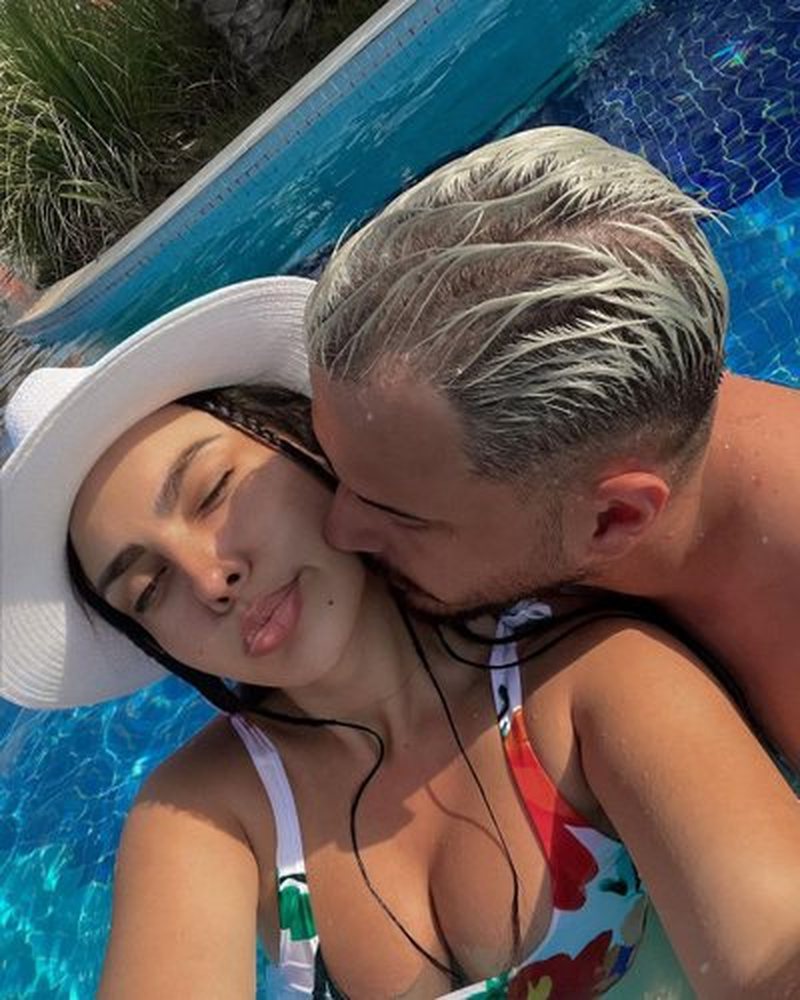 Einxel Shkira and Dj Dagz are one of the most commented couples in showbiz. Since the start of the romance inside the "BBVIP" house and until now, the pair have shown the public the great love they have for each other.

As the couple has been experiencing their love affair for months, many rumors circulated recently that the moderator was expecting a baby, and this news has already turned out to be true.

According to sources for "Prive.al", Angel and her partner will soon become parents for the first time, since the former resident is in the 16th week of pregnancy.

And while the news circulated that the couple was expecting their first child, Angel has always rejected these hints. Although we must say that the recent photos published by the moderator on her profile on "Instagram" have raised doubts as Shkira is seen as less provocative with her photos covering parts of the body, especially the stomach.

As this news began to circulate in the media, the pair were vacationing in Ulcinj, Montenegro.

But while all eyes were on this couple, Angel, not only did not confirm anything, but chose to mock the media that published the news. She has chosen to answer everyone through several posts on "Instastory".

The former resident of BBV published some excerpts from the film "14 years old groom", where the family members discovered that Marigoja was not expecting a child with Gjino, as she claimed, but after that the problem was that the "world" would not believe her that everything was a lie of the bride of the house

She accompanied the short fragments with writings related to the news and comments that circulated.

In a recent story Angel, who seems to be having fun with the created situation, writes: "Try not to speak with conviction in the name of the personal womb of my body."