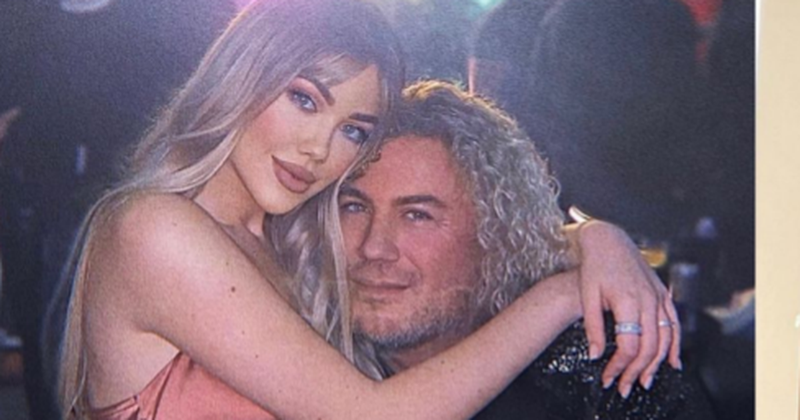 Casey Medina, the daughter of the famous singer Sabian, has long been rumored to be part of Big Brother VIP.

Recently, during an interview for "Top Arena", he was asked about the news that have been circulating.

In addition to the questions about "Big Brother", she did not escape without being asked about her private life, where she was asked "which of the Albanian VIPs harassed her"

We remind you that in recent days it has been rumored that Albi Nako and Kiara Tito will join the 100-day adventure.

It has also been rumored that blogger Jori Delli will also be a part of BBV2.

Earlier, during an interview, Arbana Osmani said that this year's BBV cast will have characters with active careers.

"It will start within this year. The cast has been selected. We've been looking for characters and characters for people to fall in love with. Even in the first edition, the public followed because they liked the characters, not the scandals.

Unlike last year, they are more popular characters and have more active and longer careers. There is a lot of competition as to who gets in, from last year. We have a new edition ready with an excellent cast that will probably overshadow those of the previous edition," she said.

Beatrix becomes nostalgic, after a year of everything that happened, this is how the singer Donald Veshajn remembers (Photo)

The story of the "love" of Beatrix Ramosaj and Donald Vesaj inside the house of ...

Rumored to be the girlfriend of Vis Martinaj, this is the model that will enter to separate Luiz and Kiara (Name)

A model is expected to enter the Big Brother house. She is Eva Pasha and apparen...

He lowered his values ??as a journalist, Ronaldo Sharka reveals the failures of Olta: They removed him for 7 days...

After leaving the "Big Brother VIP" house, Ronaldo has started to return to th...

"I took the opportunity to..."/ Which resident became part of Luiz's group?

During yesterday, residents talked about the groups that have been created insid...

Is Kiara still thinking about Butrint Imeri? Here is the detail inside the house of "BBVA" that "stirred" the network

Isolation does its job. Some of the residents have shown that they are "losing" ...

"I was scared, I remembered that you were running away from home", Kiara sees Luiz in her dream, here is the singer's epic reaction (Video)

After waking up, Kiara went to the courtyard and joined the 'breakfast' group fo...