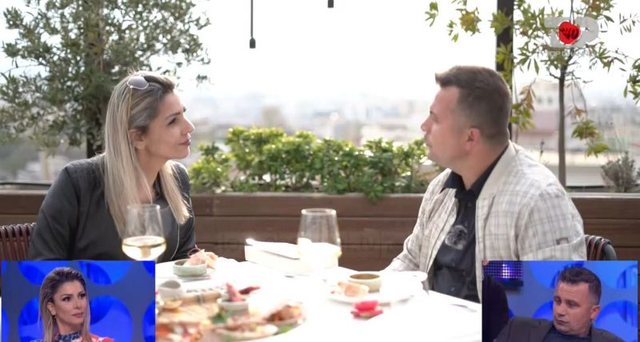 The meeting of the week, in "Per'puthen +40", between Lindita and Nauni degraded into personal insults from Naumi. Invited to the show "Albania live", Lindita shows that she does not feel well after what happened. "I do not wish any woman what happened to me. "If I chose him, I chose him to give him one more chance."

According to her, Naumi offended not only him, but also the production and the owner of the bar, where they held the meeting. "He was cursing the production, I told him what this arrogant behavior is. The boys then fled to separate the owner from Nauni.

Even Nauni says he does not feel at all calm. "I am not calm because the meeting went very badly from Lindita's successive provocations. I had to leave when I realized this meeting was manipulated. "It was a meeting that I had to go through badly."

He expresses remorse for the vocabulary used, but is determined not to apologize. "I feel sorry for the public and the vocabulary used by me. To Lindita I wanted to say that she had no good intentions towards me. The fact that he came out with Ndriçimi and went out with me to make me feel bad ".

Lindita says that she chose Naun to know him better, but "Whatever the situation was, I guess I was to blame, but the production and the owner of the bar were to blame."

Nauni meanwhile says he will accept any production decision. "I was wrong and if the program thinks I deserve to come out I would accept it, but I never in my life start with negative and banal goals."

After the meeting closed, Lindita was holding her accountable for the vocabulary used and he continued with the same actions: Naumi: Thank you for leaving, it did me a great honor that I have one less scratch.

Naumi: Do you have anything more to say? Lindita: Why does it affect me in the family? Naumi: Because he loved me. Lindita: Inj orant. 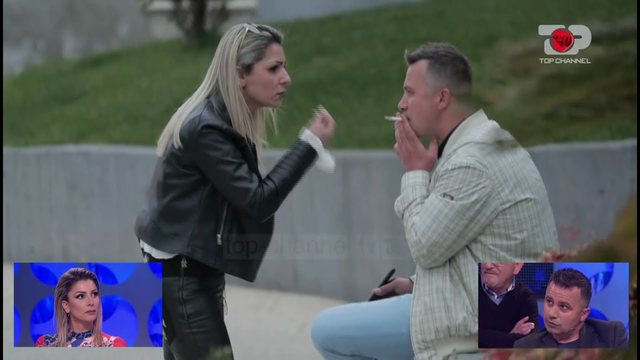 The moderator, Jona Spahiu has totally changed her look. From brunette she has...

During an interview given to "Prive", the famous Albanian singer, Lori Ka&ccedil...