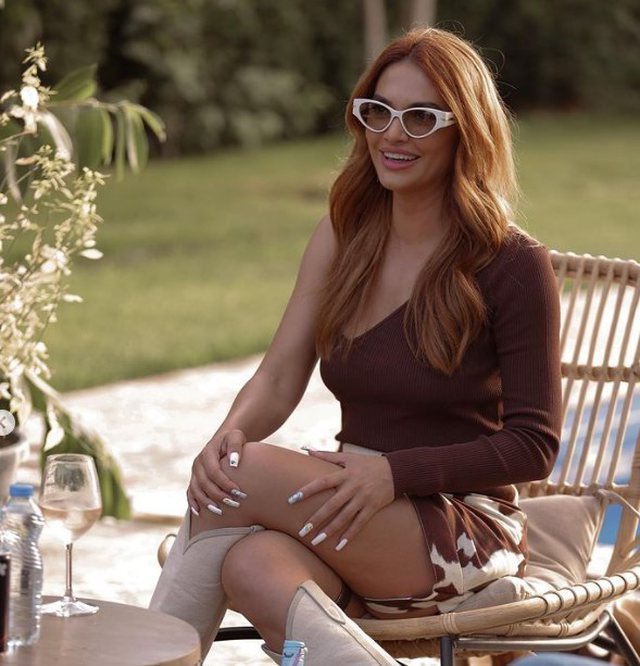 We have always seen the well-known Albanian moderator Liberta Spahi asking questions to the guests, but recently in "Prive Reality", she was the one who was asked during a game. "Which of the exes would you be able to spend a week of isolation with?" was the question that Liberta had to answer.

The moderator surprised everyone by saying that she would spend a week with everyone since she didn't break up badly. He would even like to still have friends. She revealed that she also invited them to the show, but they did not come.

"I, like Libertë, would like that... sometimes my friends and girlfriends tell me that you broke up badly, I myself don't think that I broke up badly with any of them, I was very correct, transparent and direct that I said "find someone that I don't I can with this thing.” Even if they ask me, I spent a week with each of them. With everyone", said the moderator.

Her guests then embarrassed her by insisting that she say a name. Liberta simply said: "You know..." - without revealing who it was for. She further added: "I would like my ex-boyfriends to be friends. I don't want to have enemies. I even tried to have them on the show but they never came to me."