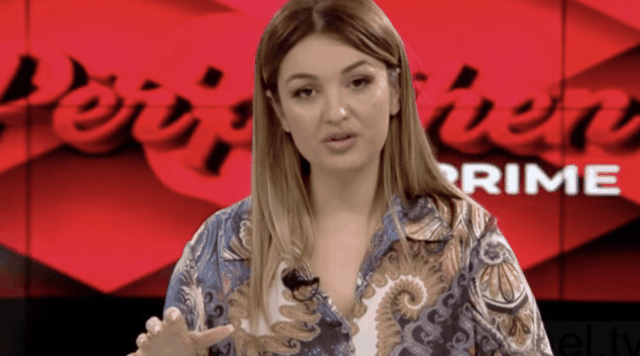 The show "Për'puthen" is constantly accused of following a scenario and forcing competitors to act according to it and not according to their wishes.

The author of the program, Olsa Muhameti, has often debated with the competitors who left, who stated that everything has a scenario.

In fact, in various interviews, she has stated that "Per'puthen" has no scenario and everything that happens is spontaneous.

However, the "secret of the script" has not been well guarded by the new competitor, Julian Lala, who has a special type and is very direct.

Juli is so honest that in the last video she shot in the meeting with Antonella, while filming the staff of "Për'puthen", she also filmed a girl with letters in her hand.

"With a script?" He says as he films it, while the girl avoids the video saying "No no".

"This is not for us, this is to light a fire," says Juli, trying to rectify the situation. However, this moment has not escaped the keen eye of the followers.

However, since his video made the rounds of the network, Juli tried to clarify the work of the famous screenwriter with the latest photo on InstaStory.

Everyone: The script "- he writes, wanting to show that the public is misunderstood.

The entry of the 64-year-old from Fieri in 'Përputhen', which has shown t...