The famous Greek singer, Themis Adamantidis, has been accused of violence by his partner. According to her, he pulled her by the hair, raped her and insulted her with banal words.

The singer has denied the allegations through his lawyer Alexis Kouya.

"We have been living together for a year. Around 01:30 on June 30, 2022, we went to a casino on Gounari Street. He went inside gambling while I stayed in the car for about 2 hours waiting for him. I got out of the car and was standing outside on the phone on Messenger. As soon as he saw me exchanging messages, he went berserk and abused me physically and verbally. He pulled me by the hair, punched me in the face and ribs. Threaten me: "I will kill you". He also accused me of flirting with the taxi driver across the street, which is untrue.

He has always been jealous of me and treats me badly all the time. He has physically abused me many times in the past. He constantly pushes me, punches me, slaps me and throws things at me every couple of days. Once he threw a lighter in my mouth when we were in his dressing room in Patra in front of his colleagues. Almost every day he mistreats and insults me, when we are alone as well as in the bar where he sings. He kicked me several times in public. He puts buggers in my car, bag and house to find out who I'm talking to, which some don't. Several times I revealed the videos to him and when I showed him he admitted that he was watching me.

He also raped his ex-partners, including his ex-wife with whom he has two minor children. They left for Bulgaria. I want to emphasize that he is addicted to gambling, alcohol and drugs", she said in the lawsuit filed against the 64-year-old.

Meanwhile, the singer, through his lawyer, has denied the claims, saying that they were made on purpose to blackmail Adamantidis.

In response, the Greek artist also filed a lawsuit against his partner.

"Adamantidis filed a lawsuit against this lady for false reporting and defamation. "She did not give him the keys to the house and stole 7,000 euros from him, and for this reason she was sued for theft," the announcement states. 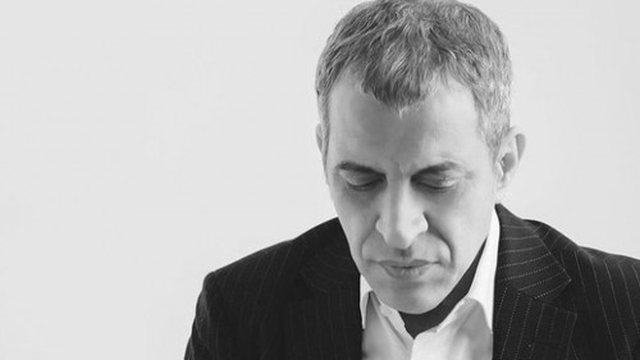