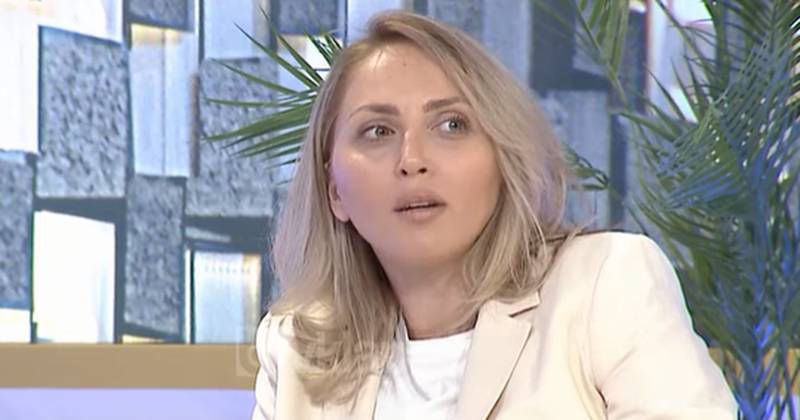 Former General Director of Taxes, Brisida Shehaj was recently invited to "Rudina" on TV Klan, where she confessed like never before about her private life. The moderator asked her about her role model in the administration, where she led for 3 years. Brisida said that there is no model of woman inspiration in politics and that only her mother is an idol.

She focused on her close relationship with her parents, with whom she still lives and at the age of 38. Rudina asked her directly if one of her desires is to become a mother herself. Brisida said that this is her biggest wish, even if she will not have a partner by her side. She said she made the decision to be a single mother.

"It's the only wish I had. Every time I argued with my close friends that they said 'you've accomplished it, you have it all', I said 'sometimes God gives you what you do not want.' those natures that I have made the decision to be a single mother too, so maybe in the near future I will realize it.For me being a mother lies beyond a relationship.It is a fortune that both comes and does not come , but I do not intend to deprive myself of the opportunity to be a mother. I hope we are well and I hope it happens as soon as I become a mother. To have someone by my side would be great, but luckily I have a family who understands me in this decision.I understand that there will be prejudices, as happens in cases where someone becomes a mother, without a spouse by her side.But for me it is more honest and moral to do something like that,"than pretending to be 80 percent of couples who are removed as happy in photos or outings," Brisida said.