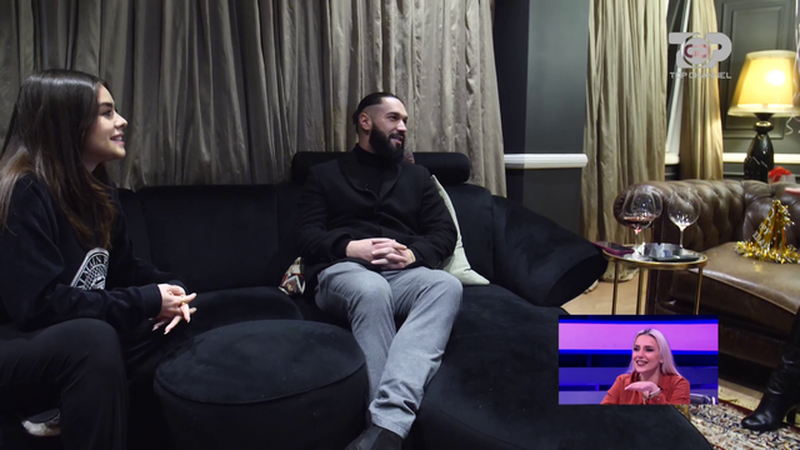 Last Saturday, Atdhe Xharavina was in a "Skype" connection with the show "Goca dhe Gra" where the topic was discussed whether girls see boys out of pocket or not.

When the moderator Krista was making his presentation, she said that the former competitor of "Për'puthen" looks like a gentle boy, and that was enough to start the first harassment.

The girls further pushed the harassment further by showing that the two are single and that they can create the opportunity for a 4 minute meeting. Initially, the moderator was a little embarrassed, then she turned the situation around with a lot of sportsmanship.

But it certainly was not enough here as Homeland promised him that in the next meeting for the show he would come for her with a bouquet of flowers.

Apparently the Homeland kept its word. As Krista celebrated the 24th anniversary of the relationship, colleagues surprised her at her home. They even sent home the Homeland, which sent the flowers it promised.

Homeland: I promised you there on the show and I brought it for my birthday

Krista: Good on the show, but at home is the next chat, with mom, sister and brother

Krista's mom: You know these traditions

Homeland: Next birthday in Kosovo

Krista: How interesting it would have been if Dad had come today

Tea: Why what would happen?

Homeland: I would ask for his hand and I would leave

Krista: I have heat. 24-year-old with emotions