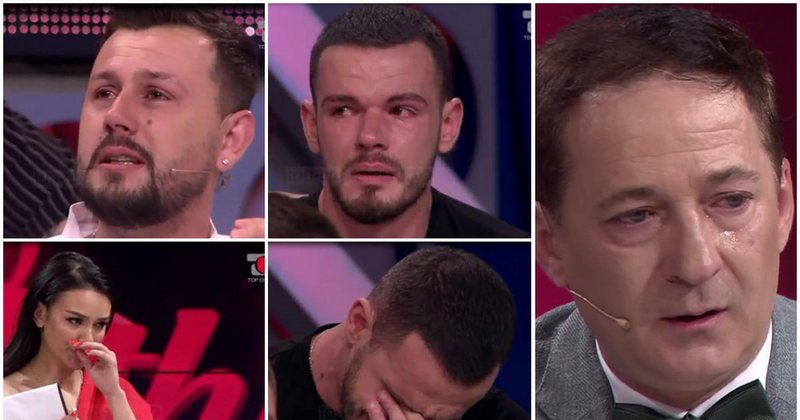 There was a special moment in today's match in Përputhen, where all the competitors were touched by shedding tears.

The surprise for Mevlani from his mother has made everyone cry.

Through a video his mother said the boy has left the country to work abroad since he was little.

"Mevlani is my first son, after his birth my father dies. It was small to take the winding roads but the condition did. I have done two surgeries and when I get sick he has always taken care of me. He always said that I love life if I had my mom. When he was in Germany and I did not answer the phone, he would give it to my mom on the phone. I respect his choice, if he is happy I will be the happiest in the world. For Ledjana, I think she is an educated girl ", said Mevlani's mother.

Everyone cried, including the moderator Bora, Mevlani, Ledjana or Shkëlqimi, and the opinionist Arjan Konomi.

Between tears Mevlani has given a message to his mother saying that he will return all the tears to her smile.