What happened? Missed in the show, the well-known Albanian moderator reacts for the first time and the reason is revealed: I had it impossible! My body collapsed! (PHOTO) 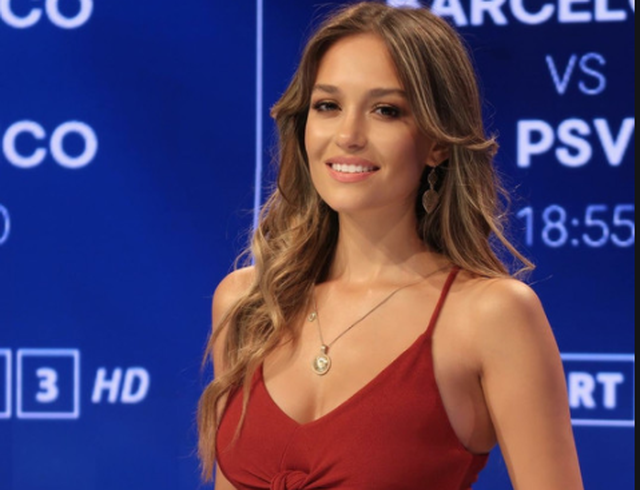 In the last episode of the sports show Champions League, the absence of the moderator Eva Murati was noticed. Many of her followers, worried about her absence, which happened for the first time, have written to her on social networks.

However, Eva has a strong reason for this absence and through a post on Instagram revealed why she was absent from the program.

She confessed that she was not present because she was ill, but not with Covid-19.

Further with humorous notes, the moderator added that her body suffered a "Collapse" after her recent adventures.

Recall that a few days ago Eva was a special guest on one of the most watched shows in Italy, "Tiki Taka", which is dedicated to sports and is broadcast on "Mediaset".

Eva also revealed that she had managed to sign two contracts to be the image of two prestigious companies. Well..the evil eye must burst somewhere!

"Unable to return a message to all those who wrote to me why I did not appear on Wednesday's show in the Champions League, I am writing here! Thank you from the bottom of my heart for the hundreds of messages I received, my eyes filled with tears when I read them! In 4 years Champions it never happened that I was not present but because I was sick, (not Covid) I had it impossible to be in the program! Let's say that my body collapsed after all those lucky adventures I have had these days (the evil eye would burst somewhere) Thank you once again for all the kindness you have shown to me from the first day until today! ”- writes Eva in her Instagram post. 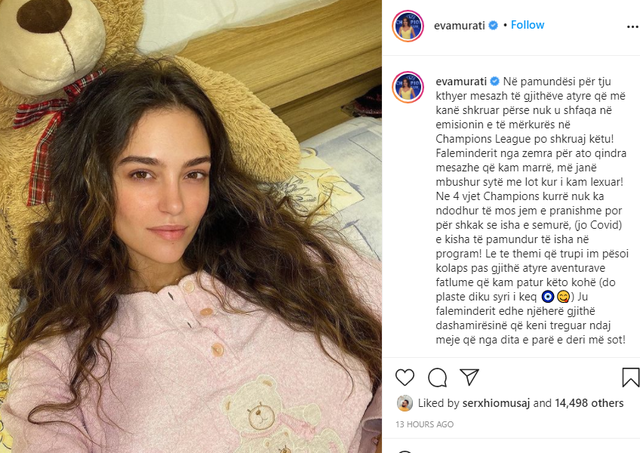