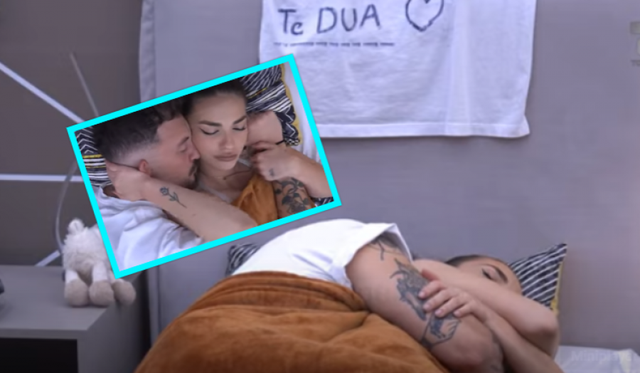 During Tuesday's show at Big BrotherVIP home the production has chosen to play a game with the locals, putting inside Donald's twin, Romeo to see if they would know him or not.

It seems that initially the residents did not notice, although a few minutes ago Angel was the first to notice the change.

But what stood out last night is that Donald after a week is back to sleep in a bed with Dj PM and not with Beatrix as had happened these days.

Meanwhile, last night during the show, Donald and Beatrix were asked how they experienced these days.

With the words that Donald has said, he has expressed once again that he will continue the relationship with Beatrix.

He has said that he will leave behind all the things that have happened, thus alluding to the situations with his ex-girlfriend, Bora Zeman.

"It was really a lot, a lot of pressure. I knew this whole situation would be to my disadvantage. I knew it was going to go wrong to some extent, but I did not want to stop myself and I did not stop myself. When I feel something I want to do it, because I would lie to myself, and I do not want to lie to myself. I felt sorry for Trixa, because I said it even when Sam was inside that I am single, I had made it clear. knows what the audience understands with singles. A message, a letter, might have been nice to the public, but for my relationship I had outside the messages and letters never worked. I do things the way I think I do, not the way others see me. I felt sorry for Trixa because she came out like the woman who got caught in bed with a married man. I do not see it that way and now that I am thinking about it and looking at it again, I just want to leave it behind,

While Beatrix said that it was clear to everyone that Donald was single, but said that they do not have everyone's thoughts in hand, but simply live this experience.

After the show what has been seen is that the couple has not shared the same bed as they have in recent days. Donald has gone to bed with Dj PM and Beatrix in bed. 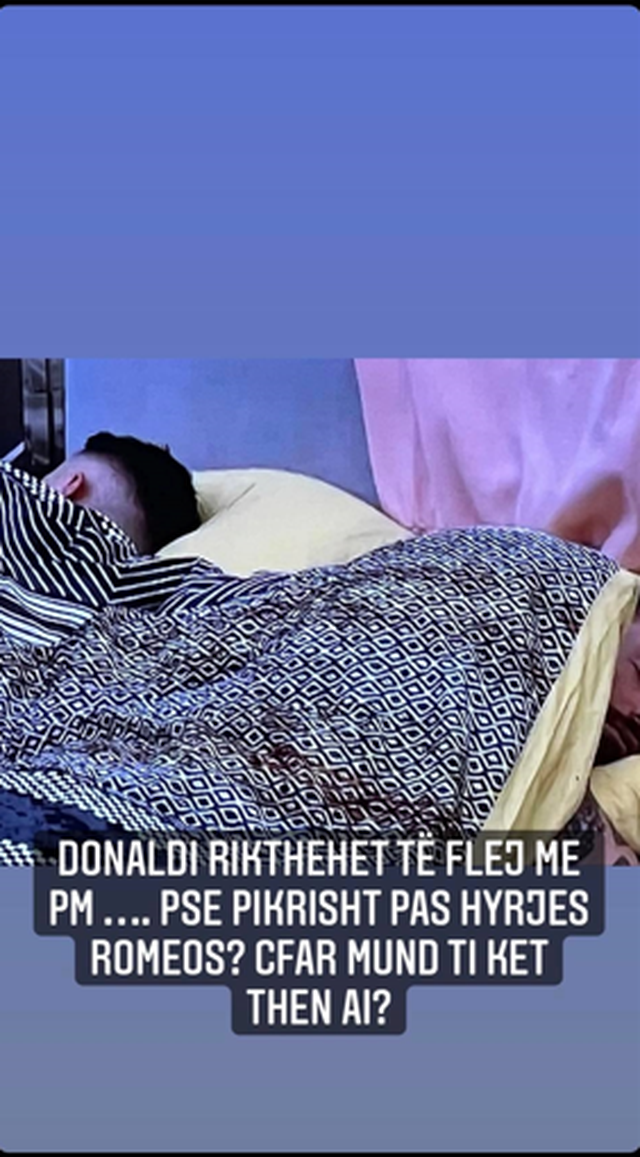 "Damn it, I will go to the psychiatrist, damn it", Monika Lubonja surprises everyone, makes the unexpected statement in the middle of the show