What is going on between them? Melissa publishes the sweet photo with Homeland and makes the exciting dedication: No need for description! 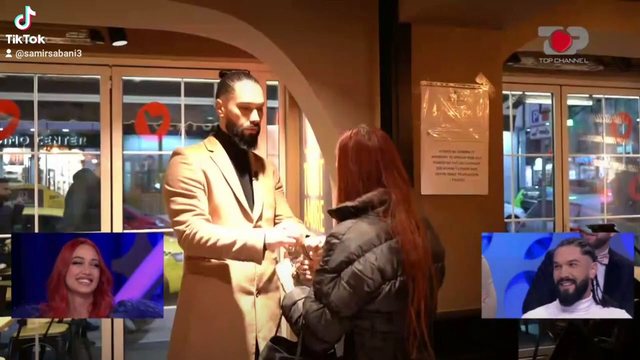 Yesterday Melisa and Atdheu had their second meeting which was full of emotions and stories not told before. After the first meeting where they appeared very physically close to each other and the numerous comments that followed they decided to change shape in the second meeting.

So from and collars they tried to keep the distance between each other but their confessions were full of emotions and hugs. Meanwhile, after the end of this episode, where there were many stories from two competitors, Melisa posted on "Instastory" a photo where she appeared together with Atdheun. "There is no need for a description", Melisa writes next to the photo where she appears sitting in a chair, while Atdheu is behind her. As they laugh, they have given each other an emotional look.