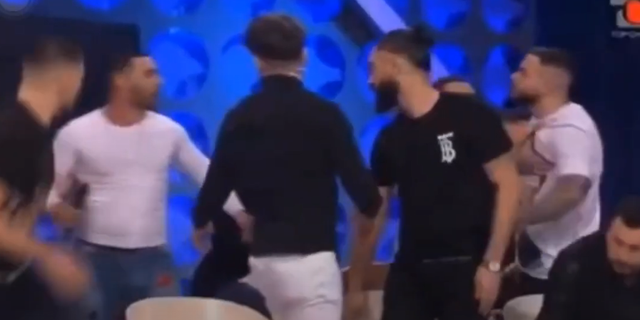 Fation Kuqari got involved in a heated debate in today's episode of "Match". He and Eris, the young boy who joined the program, did not spare swearing and insults to each other.

Fatjon Kuqari, a competitor in 'Përputhen', has finally left the show. In a status on Instagram, Kuqari has indicated that he has 'regretted' being included in this program, after many attacks on him.

He writes, among other things, that in that show he saw intrigue, insidious attacks and crocodile tears that he could not stand. The two, in the video published on the Top-Channel channel, are seen standing up to physically clash, but the other competitors stand in the middle.

This quarrel, apparently, was the 'point that spilled the cup' and Fatjoni made the decision to leave the program.