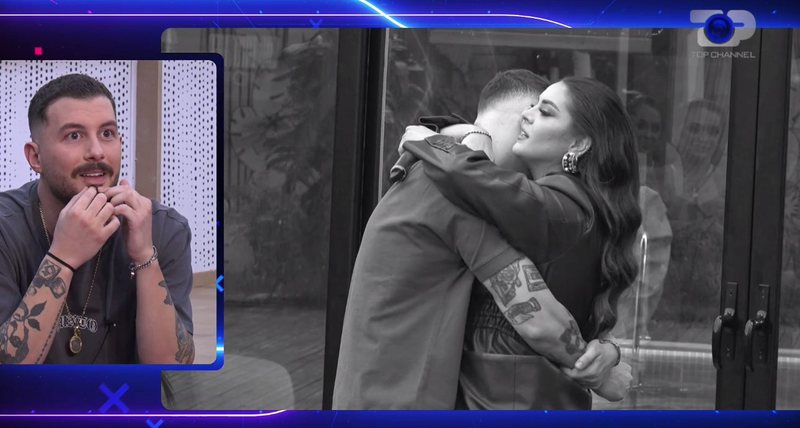 In the last show of 'Big Brother Vip', Fifi entered the most famous house in Albania to surprise Monica!

But, what stood out and was discussed by other residents is the word that the singer said to Donald in the ear, that the latter come out victorious from this game and win the grand prize.

According to residents, Fifi was more attached to Monica and did not expect her to say those words to Donald.

This situation was also discussed in the studio by Iliri, Donald and Arjola, while Fifi refused to be part of the show today!

Iliri: These are the problems caused by what universal love towards a person causes or what the person really thinks about other people. I would never tell Sabit's eyes to win another one. Fifi wants Donald to win, in two moments he has determined this. Probably because he does not see Monica as strong. Donald has more chances than Monica

Arjola: I did not have expectations, at the moment that he said the same thing to 2 people, Donald 3 times, for me it was enough for the face, I do not remove any commas or points!

Donald: It must have been Fifi too! I do not understand what kills them so much that this thing has been discussed so much! I do not understand why it should be made so big! Maybe I was not the person closest to Fifi, but there were some key moments that I understood very well and vice versa, my condition and the way I felt! Everyone here inside Arjola has supported you, not as much as we have supported you! We did not want to attack you, we did not want to say another word, I left you, leave Arjola!