The dress 'betrays' the competitor of this show on Top Channel, exposes the intimate parts in the middle of the studio (VIDEO) 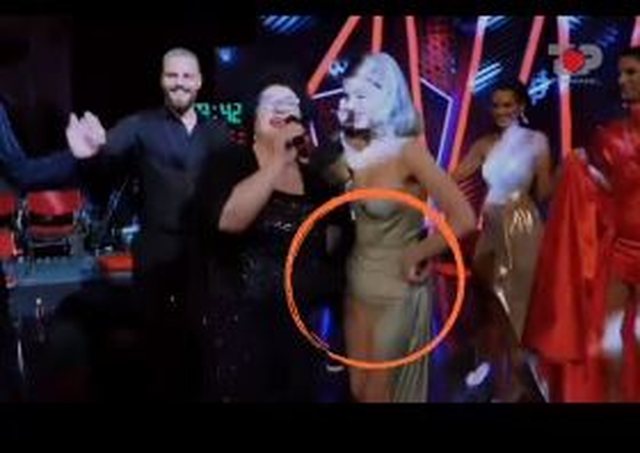 Feride (Fjori) Likja is one of the competitors of "Për'puthen 3". A video of her has been widely commented on the network.

Fjori ended up in the spotlight after an incident that happened to him during a broadcast on the show. Dressed in a long dress, but torn in the middle, she is seen in the studio as the dress 'betrays' her by exposing her private parts while she was dancing.

This incident has made the rounds of the internet on social networks.