But their separation seems not to have been peaceful. In addition to the fact that they have never spoken about each other, Rudina has not spared Arbana Osman's stings by saying:

"I don't know why the wives of my ex-husbands are angry with me, I'm serious," she said while the audience applauded.

But it seems that the new partner of her ex-husband, with whom she also has a daughter, Aleksit, does not think the same about Arbana. She has recently seen the film "Sofia" directed by Eduart Grishaj, where Arbana Osmani also acts, and she even appreciated it and applauded it.

"Finally a film with values", she wrote.

But Rudina Dembacaj woke up in a good mood today, listening to the famous song "Rudina" and singing "O Rudina why did you leave me, why did you put me alive in the ground". 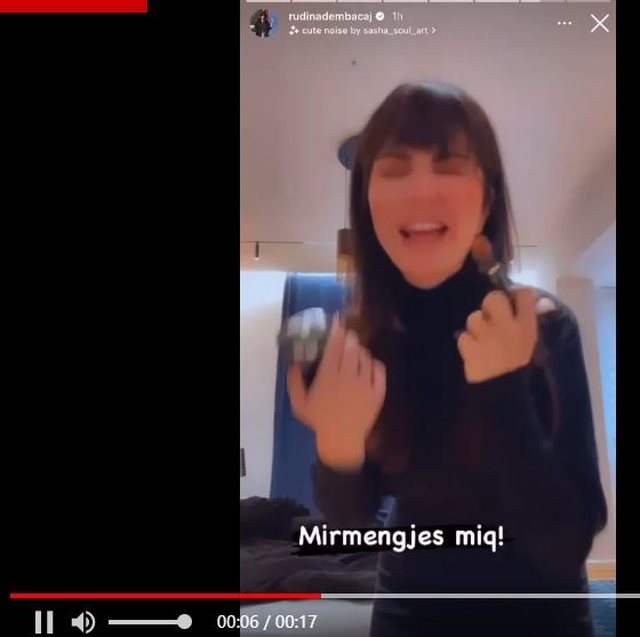