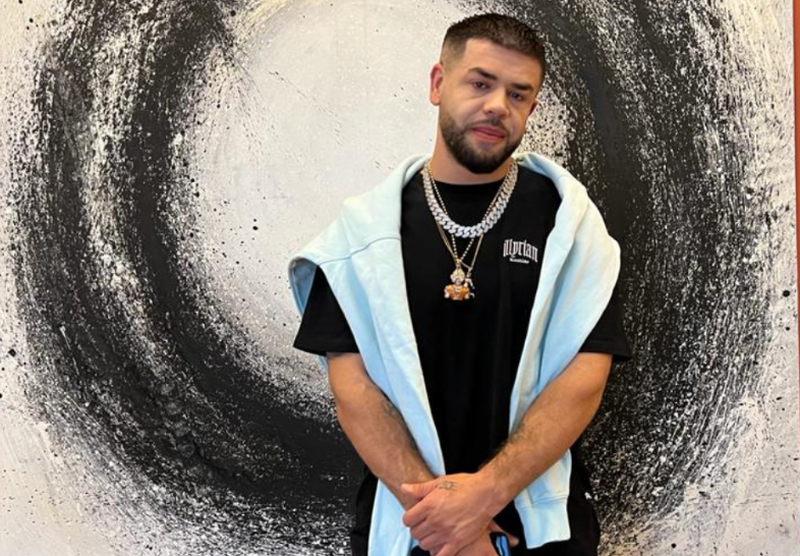 Noizy had an incident at a concert today, but the way the singer handled the situation was epic.

The rapper was performing one of his new songs "Alkool" when suddenly the music stopped. "Is it coming, is it coming, is it coming... My laptop broke" Noizy sings instead of the original text, causing laughter among those present. "It's very hot, we apologize. In a little while we will shoot the DJ with cans. Hey m lila what's going on? Where is Belec? Ooooo Belec" - he continued with a joke, passing the situation with sportsmanship and "without drama".

After a few days on August 14, Noizy will hold his "Alpha Show" concert. It has been said that after him the rapper will give up music. However, Noizy has decided to clarify everything about these rumors in a recent interview, where he emphasized that "he does not believe that he will ever leave music", if not in concerts he will make music for young artists.

"I believe that I am a few years away from leaving music. I don't think I'll ever leave music. I will always be involved in music. If I will not be active in concerts, I will be active producing music for young artists. I will make songs, but maybe the concerts will be rare. When I reach the age of 50, it's normal that I can disconnect," said Noizy.

Noizy also revealed that he is working on a new album that will be released after the "Alpha Show" concert. "I am preparing another album. The album "Alpha" will be released 3 days before the concert. Meanwhile, as soon as the concert ends, I will be in 3 countries in two weeks", Noizy said

As he rarely spoke about his 15-year-old daughter, who lives in England with her mother, will be present at the concert to be held on August 14 in Tirana.

"I am not sure. I am happy to come and see him. It can be with my family," Noizy said, not confirming Leandra's arrival at "Alpha Show."