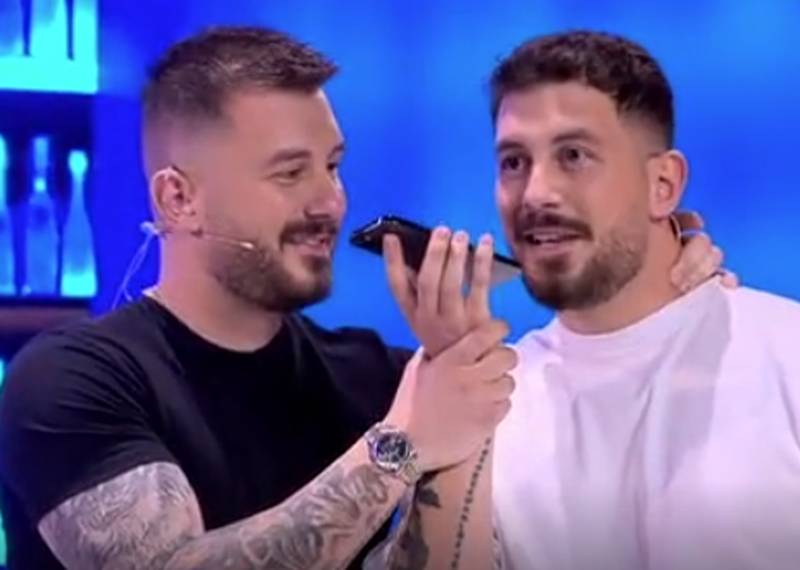 Brothers Veshaj, Donald and Romeo last night made a 'trap' for their friend, singer-songwriter Elgit Doda.

The guests of last night were Agron Llakaj and Semi Jaupaj. With the latter Donald has realized a game, which consisted of questions that they addressed to each other.

In case of no answer they had to drink a glass of beer with ex. During the ping-pong game, the actor and the moderator had to call the seventh contact he had on his cell phone and sing a song to him without saying anything. Very sporty Donald did not hesitate to do so. The seventh contact on his phone coincided with Elgit Doda's number. The singer responded, but his reaction to this situation was epic.

Elgit: Hey my soul, what are you doing?

Donald: Well honey what are you doing?

At this point Donald executes the "sentence" and starts singing Sam's song. After he sings, he tells Elgit that he got it live on the show, and this prank was part of a game.

"O idiot," the singer-songwriter reacted. "You are not well from the brain. A complete idiot. ”