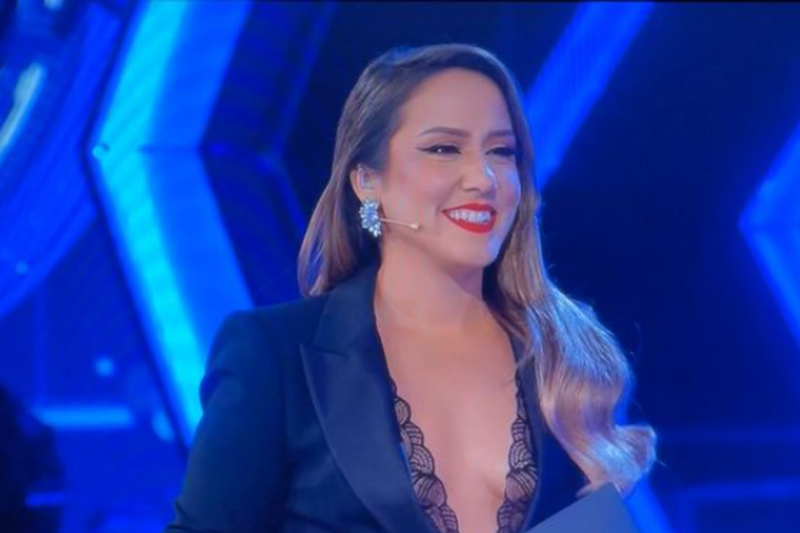 Actress Egla Ceno did not share the irony with the production of 'Big Brother VIP' and the moderator Arbana Osmani.

Recently, through a comment she has ironized the custom songs that are being made for the residents of 'Big Brother VIP'.

In this edition of BëBëva, Only Arbana Osmani has been left without personal songs. Monica was the first to be provided with a personal song, then the others in turn. But Arbana deserves a song or no one else deserves it! Thanks to Arbana and the production, Albanians touch their VIPs closely. And to think that the title is ready: "Yjeeee".

After all, Arbana has so beautifully promoted custom songs for the occupants of the house that she deserves a song just for herself. We would not regret hearing it before and after meals, several times a day. Anyway!

A few weeks ago, Monika made a request to Elgit Doda to write a personal song for the pilot. Elgiti did not get bored, he brought the song inside the house. He even sang it live. Monica was so happy for her personal song that one day, while the song was being broadcast at BBV's house, she was thrown into the pool, in the middle of January. Anyway!

Angel also made a request to Dagzi to make him a personal song and bring him a gift for Valentine. Angel's song has not yet "come out of the oven". Anyway!

The song was also created and sung by the Lleshi brothers for Trixa, Arjola, Ilir and Donaldi. We recall a few verses: “Donald is chatting, tightening like Garibaldi. What did you get Batriks, by God you are fixed. Arjola is also mixing, she has found out that the snow has melted ". Anyway!

It has become a fashion for custom songs like the verse we hear in the neighborhoods, "Come on hekra, stoves, washing machines and cones of VIPs for sale." We did not know that Albania had authors and composers of the Mozartian level, that even that river of custom made those pearls of its own that have reached our ears today! Ears that also hear "VIP cones for sale"!