In recent days Bora-Donaldi-Beatrixa have been the three most commented names and not in vain. While everyone was waiting for Donald to reunite with Bora after the famous kiss, he made the surprise by declaring himself single and starting a love story with Beatrix.

"This is what I want," Donald said of Beatrix live on Tuesday's show.

Meanwhile Bora has not yet made a reaction, but what has happened to her lately speaks volumes.

Bora may have lost Donald, but she has received a lot of support and love. The moderator has significantly increased her followers on Instagram and the number has reached over 900 thousand.

Bora has received love not only from the public, but also from many colleagues, starting with the opinionist Arjan Konomi, who described her as the best moderator in Albania. 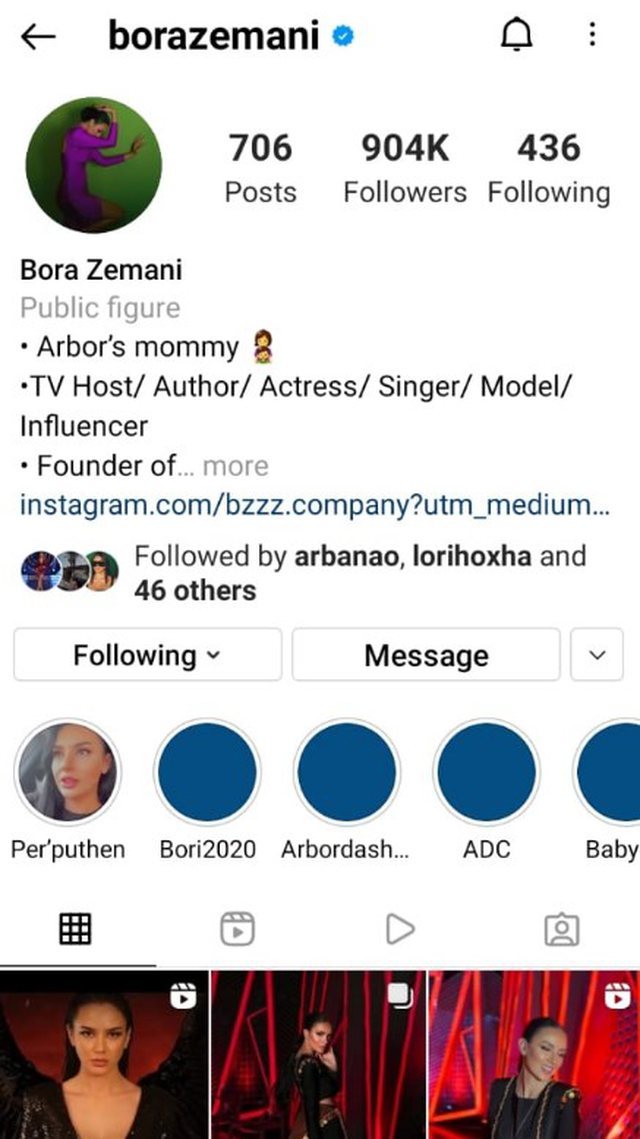