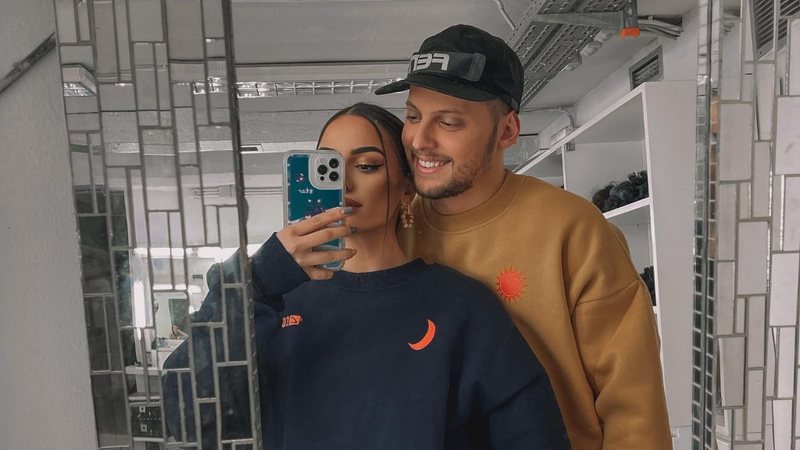 The couple Graciano Tagani and Argjira Spanca became the headlines of the pink media a few days ago after it was hinted that they were expecting their first child. The pair, who have been living together for a long time, have provoked reactions from the public, who apparently can't wait to receive such positive news.

It was a video published by the former competitor of "Për'puthen", Bruno Shemsho, that made everyone "stir up".

Bruno published a video on Instastory where he appeared together with the moderator. During the video he said: "We are here with Argjira who is pregnant, expecting a baby", while in the caption of the post Bruno wrote: "I received the invitation to the baby shower. One of the most positive couples on TV, by the way.”

But, it seems that it was all a joke, since today during the first part of "E diell" the moderator denied that she was expecting anything sweet.