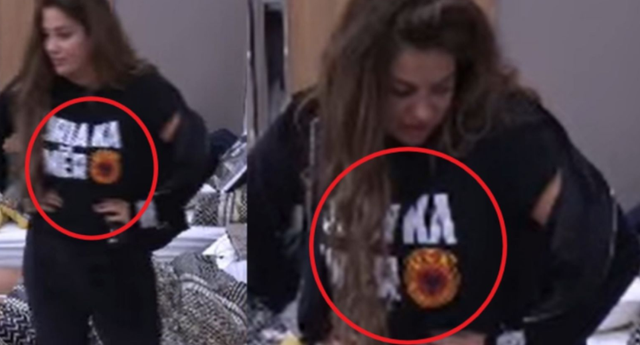 Former resident of Big Brother, Neda Balluku has commented some of the VIP residents inside the famous house. She opened a poll on her Instagram profile with the question "Who do Kosovo Albanians support"? According to her poll, Albanians from Kosovo want Donald, Egzona, Beniada and Angel in the final.

Responding to a message she received as to why Arjola is not elected by the public from Kosovo, Neda writes that the actress is using as a tactic a T-shirt with the inscription KLA to secure the votes of Kosovo Albanians.

"I also think that Arjola's T-shirt is a KLA T-shirt. I personally have never heard him talk about the Kosovo war and the KLA contribution. Maybe I'm wrong. "I believe that Arjola is fighting hard for the support of Kosovo Albanians, but unfortunately I only see that shirt when her positions are insecure," she wrote. 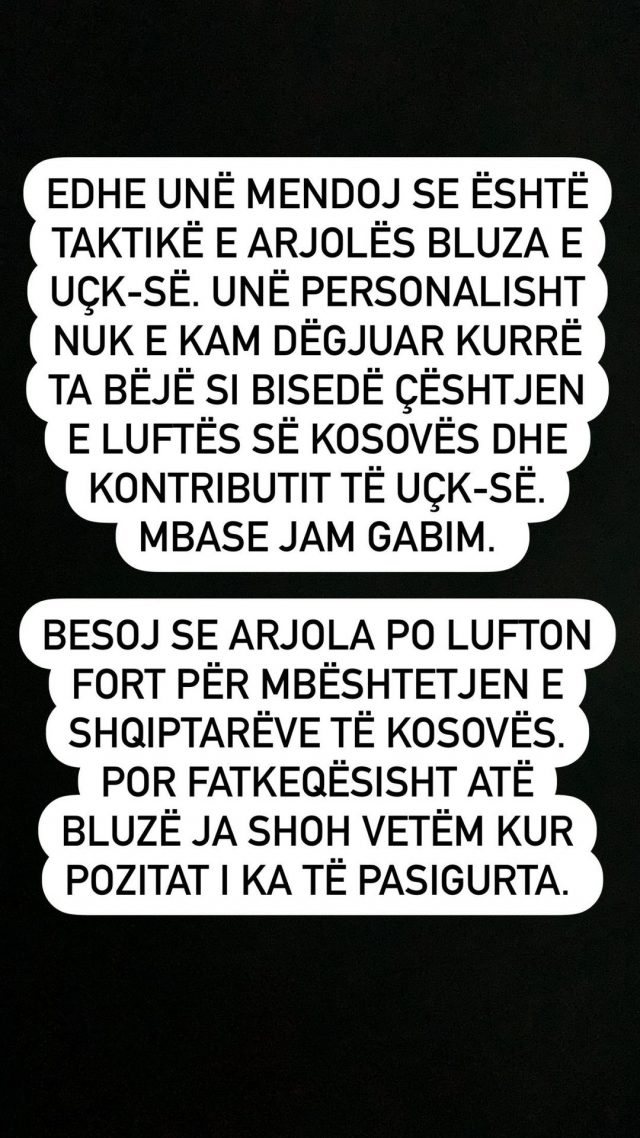 PHOTO NOT TO BE MISSED / It went viral on the network, Elvana Gjata "falls" in Valdrin Sahiti's fashion show

Valdrin Sahiti's fashion show has brought together many well-known names of the ...