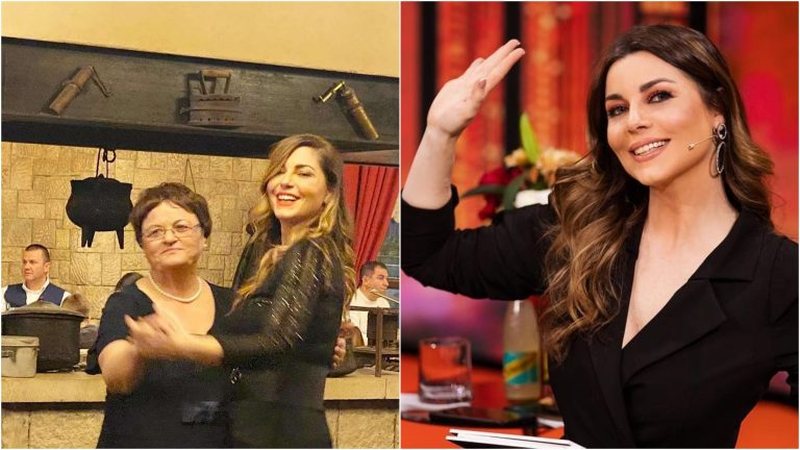 The well-known moderator, Jonida Shehu, lost her mother about a year ago.

She made public the news about the sudden separation from her mother's life, in a post on social networks where she wrote: "Mama is gone and I don't know how to live without her. My sweetheart".

Recently, the moderator was invited to the show "Goca dhe gra" where she was asked if there are periods that remind her of her late mother. Jonida said that she had a very strong relationship with her mother and they were in contact until the last day.

She confessed that the first month was very difficult for her and shows that she wrote messages and why she knew that she would not return them.

Jonida added that she is now in a cycle of life where she only dwells on thoughts.

"I was very close to my mother because my father died earlier. I was 23-24 years old, so all the time I was of age I lived with my mom until I broke up and started cohabitation. Until the last day, despite the fact that she had chosen to live alone and not with us, we were almost constantly with each other.

She came and went, if I had a free hour she came to me, before we went to sleep the corresponding phone calls were made. I don't associate absence with periods for me every second is a very big absence. The suffering was very great, especially in the first month. When I got home from work, it was a ritual to get in the car and make the first phone call, and it has been a very difficult period. Then I started to write to him on WhatsApp, knowing that he will not answer me, but I passed that cycle and I am only in thoughts now", the moderator confessed.