He was in a relationship outside when he entered the love program/ He confirmed the relationship a few weeks ago, the famous ex-contestant of 'Per'puthen' is engaged. Images are published 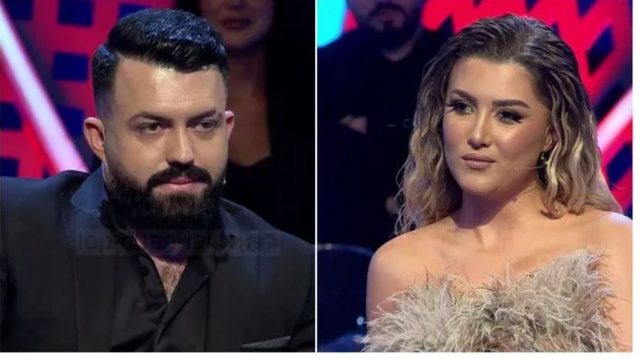 The former competitor of 'Për'puthen' Albi Dhima is engaged and has published photos from the ceremony on social networks where he appears with his partner a few weeks after confirming their relationship. In the photo you can see an environment decorated with white flowers and a sign that reads: "Engagement of Albi and Hyria".

He confirmed a few weeks ago the love affair that had been rumored for months. He first published a post on Instagram where he is seen with her at the airport covering her portrait with an emoji.

Then, he published a romantic photo where he is seen next to the girl who stole his heart. Although he has decided not to make the girl's identity public, he has not hidden her portrait.

Albi's connection was discovered some time ago when Alvisa Qarri fell victim to a cyber attack. Someone stole his Instagram account and even published some of his private conversations on Instastory. Among them, a conversation with several photographs showing Alvisa, Bashkimi, Albi and a mysterious girl. These two were holding hands as the girl's portrait was covered.

The photos were taken on December 31, and what surprised even the followers was the fact that only 2 days after this photo was taken, Albi declared about Alesia while it is suspected that he may have been in a relationship outside the program. Albi left the "Për'puthen" single. The former contestant had declared for Alesia, who did not do the same for him and after things did not go well he left the program.